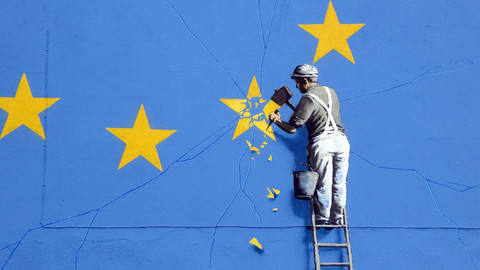 On October 31st, the European Court of Justice’s Advocate General released an Opinion on the 2017 case about refugee relocation involving the European Commission versus three EU countries: Poland, Hungary, and the Czech Republic.

Eleonor V. E. Sharpston, First Advocate General of the ECJ from 2008, sentenced that “By refusing to comply with the provisional and time-limited mechanism for the mandatory relocation of applicants for international protection, Poland, Hungary and the Czech Republic have failed to fulfill their obligations under EU law”.

These three EU member states were brought in front of the ECJ by the European Commission in 2017 because they refused to apply the time-limited relocation scheme decide at the EU level in response to the exceptional wave of refugees that hit Italy and Greece in 2015. Those people were mainly Syrians trying to escape the tremendous civil war that was affecting their home country at the time, most of them landing on Italian and Greek coasts.

Because of the large numbers of these refugees arriving in only two of the member states in such a short time, the EU finally agreed on a time-limited mechanism of relocation for thousands of these war-fleeing people. But Poland, Hungary, and the Czech Republic instantly refused to apply it invoking internal security and public order concerns. But it was immediately clear that these kinds of arguments were a mere weak tentative to justify the controversial decision, also relying on the populist rhetoric of “national defense” prevalent in many Eastern European countries.

Sharpston argued that “These member states cannot invoke their responsibilities with regard to the maintenance of law and order and the safeguarding of internal security in order to disapply a valid EU measure with which they disagree.” She continued affirming that each EU member states has to fulfill its obligations under the EU law, and what those countries did “is a dangerous first step towards the breakdown of the orderly and structured society governed by the rule of law”.

Furthermore, the decision of not applying the time-limited relocation mechanism is a clear political will in the direction of ignoring one of the fundamental principles of the European Union: the principle of solidarity. Principle explicitly expressed in the EU Treaties and in the EU Charter of Fundamental Rights. As the Advocate General’s Opinion reminds us, “The principle of solidarity necessarily sometimes implies accepting burden-sharing”.

Probably, too many times the EU tolerated EU law breaching behaviors, especially from some member states that receive immense benefit from the EU itself. It is important to keep in mind that Poland is the first EU country for net monetary benefit coming from the EU, while Hungary and the Czech Republic respectively being at the 5° and 6° places.

Even though the European Court of Justice’s Advocate General’s Opinion is not binding, in most cases, the court’s final judgment tends to follow it. We have to wait a bit more to see if there will finally be concrete consequences for these 3 EU countries.