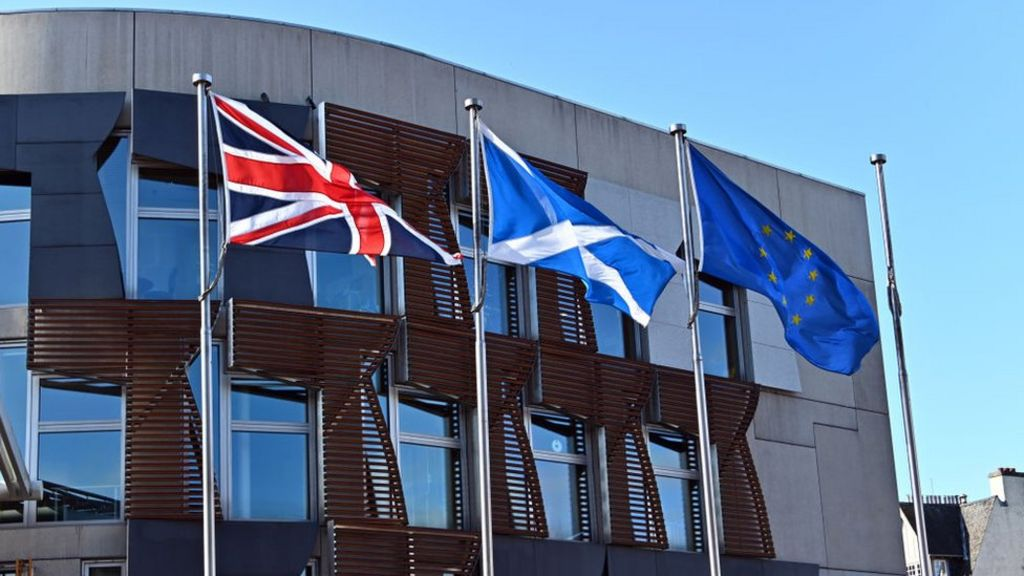 The new call for Scottish independence

The Scottish National Party (SNP) slogan for the first Scottish independence referendum borrowed John Lewis’s words, although it has nothing to share with the human rights leader’s vision. In 2014, the Scottish Parliament invoked Section 30 consent of the 1998 Scotland Act, obtaining Westminster approval to hold the first independence referendum. However, despite the massive “Project Fear” of SNP, supporting an apocalyptical vision (increasing in taxation, withering of pensions) in case of a Unionist victory, the NO side won with 55%.

Despite this previous negative result, nowadays support for independence has reached around 60% in the country, representing its highest-ever sustained level. This change represents one of the main effects of Brexit: Scottish voters are afraid that the only way to protect their Parliament from London and Westminster is to support independence and return to the European Union. The last point was also underlined by Scottish Prime Minister and SNP leader Nicola Sturgeon, especially when examining Brexit in her speeches. According to Sturgeon, Brexit represents an entirely different project compared to the Scottish choice to remain. Moreover, the SNP, with its new slogan “Independence in Europe“, is projected to win the next year’s Scottish election: in this case, it will have a mandate for a second independence referendum.

Following this strategy, on 29 January 2020, the Scottish Parliament approved a motion to request a new independence referendum. Moreover, to send a more straightforward message to London, mainly to UK Prime Minister Boris Johnson, Scotland decided to continue flying the European flag after the UK’s withdrawal from the EU. As expected, Johnson rejected the Scottish request, defining the 2014 referendum as “once in generation vote”. However, London’s response showed that unionism could sincerely be under attack since he had to underline the importance of a powerful “united” United Kingdom several times.

Furthermore, while support for Scottish independence reached its highest level, the 2020 YouGov poll showed that only 46% of people want Scotland to stay in the UK, even in England. Indeed, most British are not hostile to the self-governing aspiration of the UK smaller nations, and the UK differs from other European countries, such as Spain, also in this. As usually happens in UK constitutional agreements, the issue will be decided politically, not by courts. Supposing the next Scottish election in May will deliver a victory for the SNP, London will have two different choices. By choosing to strengthen this two-countries relationship, it must be ready to be more emphatic and compliant, avoiding a “Catalan crisis”; otherwise, it must prepare for negotiating Scottish independence. Moreover, a change in the current devolution strategy to elude Scottish withdrawal is needed since this plan came too late, generating only economic dependency and criticism.

Additionally, there will be significant constitutional challenges to overcome if Westminster does not approve the referendum. Indeed, SNP stated that if the UK government challenges the legality of the referendum in the courts by refuse Section 30 consent, the Scottish Government will vigorously oppose this decision by approving an autonomous bill for another independence referendum.

The Brexit effect on a renovated “European” Scottish perspective

European Question in Scotland is strictly linked to the Scottish Question about independence and the relationship between the country and the United Kingdom. The 2016 Brexit referendum showed a territorially divided result: while England and Wales voted to Leave (53,4% and 52,5% respectively), Scotland voted decisively to Remain in the EU, with 62% of preferences. Moreover, while Euro-scepticism dominated the English political debate, mostly thanks to UKIP, no major Scottish party favored withdrawal. As a result, since Euro-scepticism was almost an insignificant feature inside the Scottish political debate, it can be considered mostly as an English phenomenon rather than a British one.

Along with the 2016 referendum, these deep cleavages within the United Kingdom emerged, showing a country full of institutional and public policy diversity, centralized but not yet uniform. Furthermore, the Scottish Parliament’s presence highlights this cleavage: it was conceived as a defensive institution, rather than an integrative one, aiming to speak for Scotland’s people and protect the country from Westminster Governments. Moreover, Scotland’s European animus appaired evidently through the no side’s victory in the 2014 Scottish independence referendum because of the fear of leaving the European Union in case of an independentist victory.

Thus, evidently, “being European” has two completely different meanings in Scotland and England. Looking at the 2017 Scottish Social Attitudes (SSA) survey, people in Scotland feel more “Scottish” and “European” than “British”. On the other hand, the 2017 British Social Attitudes (BSA) showed that the “weakly British” feeling is strongly connected with the “weakly European” feeling, while the majority of people feel more “English”. The same survey also showed that people in Scotland are consistently more inclined to define themselves as European than their counterparts in England.

In January 2021, the SNP presented its “roadmap to independence”, an 11-points programme aiming to claim a second independence referendum to rejoin the European Union.  However, if Scotland will manage to obtain a direct dialogue with Brussels, there is a Spanish veto’s real possibility, with the double aim to disincentive possible Catalan revenge. Nevertheless, the main difference between these two cases is that the UK government does not deny that Scotland has a right to self-determination.

Notwithstanding, the Scottish claim to join the EU is still obtaining support in the EU. In 2020, former president of European Council Tusk reported the European Union’s “enthusiasm” for Scotland’s possible rejoint after independence. Recently, many MEPs from different Member States said that the European Union “would never leave Scotland alone”. Furthermore, during an interview with the BBC, a former Danish minister suggested that Scotland could eventually join the Nordic Council to improve its legitimacy as a northern European country. Moreover, in case of victory of the next election, SNP will continue its plan about legislation by bringing as closely as possible domestic policies to EU regulations to speed up potential readmission.

Despite the absence of “official” support for Scottish independence, also due to the principle of non-interference in a third country, it will receive sizeable unofficial support (e.g., from Members of the European Parliament, former ministers) that could straightforwardly put the Scottish case on the “top of the list” to join the European Union. Moreover, it is fundamental to consider also the importance of mass population, interest groups and organisations. A clear example is the European Movement in Scotland, which has declared, in December 2020, Scotland as a European country. The Movement promotes events, think tank, podcasts to mobilise the population and inform it through civic campaigns to rejoin the European Union and its programs, especially Erasmus.

Thus, Scotland’s game to obtain independence and retain its place in the European Union will not be merely political, but it will involve many actors that could influence European leaders’ positions.