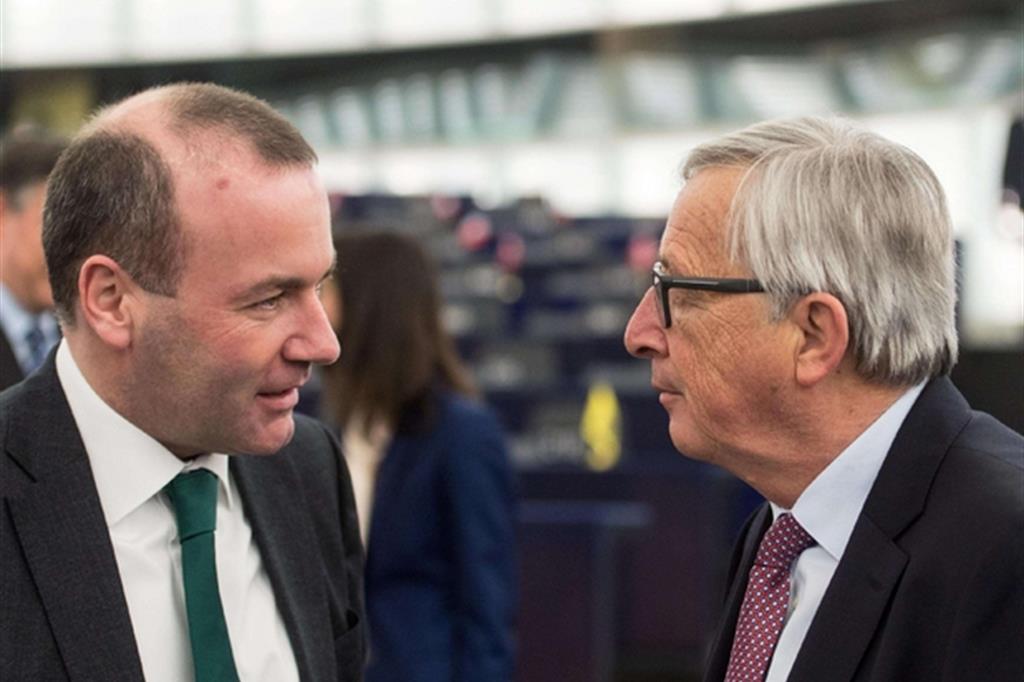 The weekend going from 23 to 26 of May 2019 will be of particular salience across all Europe, since EU citizens are going to be called to vote for the next European Parliament. Here’s two key aspects to better understand dynamics behind the most important takeaways in EU politics.

The mainstream media line tends to obscure a very important dynamic of European institutional politics, known as Spitzenkandidat. SK literally means “main candidate” and identifies a practice thanks to which European citizens can indirectly vote for the President of the European Commission. However it must be underlined that SK is not a treaty-based procedure, but a practice acquired over time and about which there is still discussion. Each parliamentary group – or almost – can elect or designate its own SK, whose name is made known to the electorate together with MEPs candidates. The group that gets the highest number of seats in Parliament, has consequently the highest chances to see its SK appointed as President of the European Commission. The presidential candidate – qualified as such only by the highest number of voters of his group in the EP – must obtain the approval of the European Council and later that of the EP itself. At this point, however, the political weight of the popular vote to a SK on the Council is determinant, while it is equally obvious that with the majority in Parliament, the candidate doesn’t risk being rejected.

The European People’s Party, the popular center-right, has already held its congress last November in Helsinki, from which the name of Manfred Weber has emerged as EPP’s Spitzenkandidat. Weber, a German liberal-conservative, former EPP group leader at the Parliament, will thus represent the presidential candidate of the Commission for the Italian voters of Forza Italia, as well as for the Germans of the CDU (Angela Merkel’s party) and so on. On the other hand, it is likely that for the Socialists & Democrats group – the European center-left – the current vice-president of Juncker in the Commission, the Dutch social-dem Frans Timmermans will run as top candidate. Still unknown or unofficial at the time, however, the names for other relevant groups, including the Eurosceptic ENF (Europe of Nations and Freedom), which accounts one of the Italian governing party, the League. For the latter, the hypothesis to nominate the Italian vice-premier Matteo Salvini as SK grew, in order to catalyze the votes of populists and nationalists. Realistically, however, ECR is unlikely to be the first party in the EP and therefore to elect its candidate. ALDE – the Alliance of Liberal and Democrats for Europe – opted for a pluralist solution of more Spitzenkandidaten, formally including the party leader Guy Verhofstad, Commissioner for Competition Margarethe Vestager and Commissioner for Trade Cecilia Maelstrom. The Greens also decided for two SK, the German Ska Keller and the Dutch MEP Bas Eickhout.

At the same time, the names of some of the Commission’s presidential candidates who are not directly connected to the Parliament, as holders of top roles in the Commission, emerge: over all Michel Barnier (EPP), EU delegate to the negotiations for Brexit.

Another critical point on which little has been said is the issue of budget, being both the EP and the Commission involved in the allocation of financial resources for the Union.

The next programming period will concern the timespan 2021 to 2027 (while the current one is 2014-2020), thus negotiations to decide how and where to allocate resources have already started, even more so to face a different institutional set-up and consequently different priorities and political choices.

It is relevant to follow, with this regard, Parliamentary works on the proposed link between compliance with EU laws and payouts from the budget to the Member States (Commission’s proposal 8961). On January 17th, the EP voted for a draft legislative proposal that aims at making EU funds inaccessible to Member States that do not comply with the rule of law – with 397 MEPs in favor, 158 against and 69 abstentions.

The implications of this possible reform on the EU budget are mostly political: as the distribution of votes in EP suggests, the target of the proposal is in fact Orbàn’s Hungary, Morawiechi’s Poland and the the block of Visegràd, notably the major Eurosceptic members. More specifically, reference to the cases is redistribution of migrants and constitutional issues that interested Hungary.

This promised overhaul in the use of funds reflects EU policy-makers’ willingness of polarizing pro-EU votes in the next round of elections, by targeting one of the most sensitive output of EU policies, notably money. It is thus given that the issue will be a core part of the propaganda battleground for pro-EU and Eurosceptics next May. 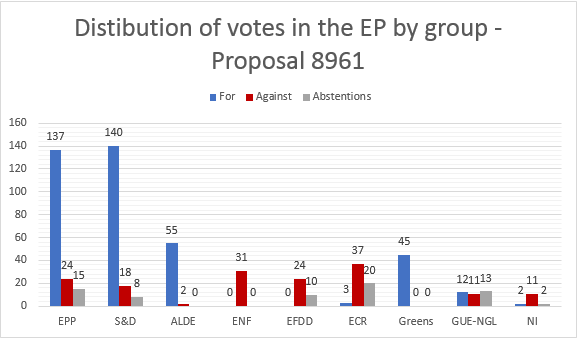