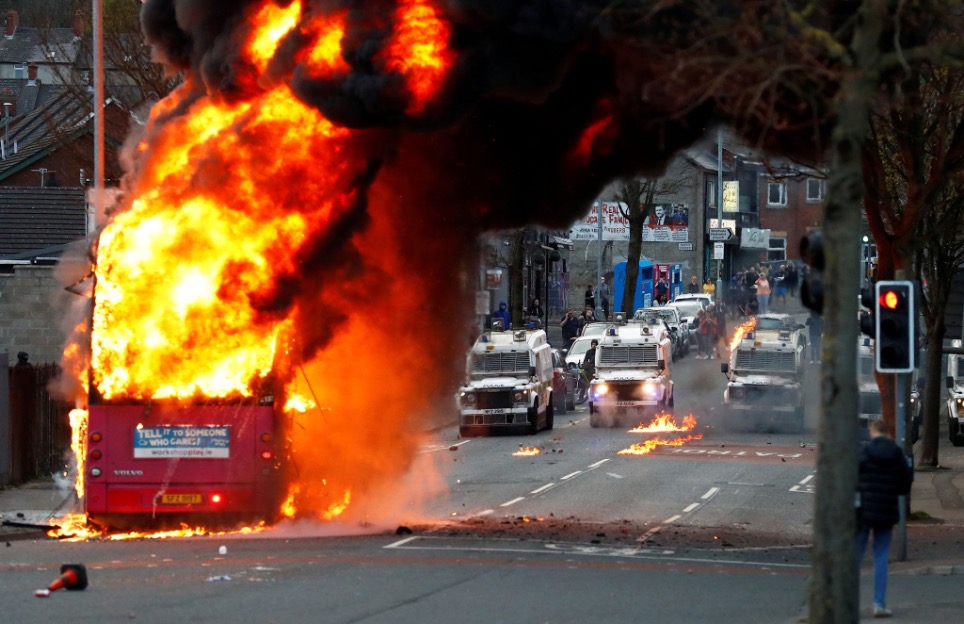 By Alessandro Ferraro and Alice Guerra

In 1998 The Good Friday Agreement put an end to a long period of conflicts in Northern Ireland.
Now those conflicts are exploding again, and the blame lies with Brexit.

Everything started a few weeks ago in Londonderry, in Northern Ireland when a large group of Loyalists assaulted a local bus and burned it down with a petrol bomb. From this time on, several episodes of violence have been reported in major cities of Northern Ireland, such as Belfast and Newtownabbey, and more than 90 police officers have been injured. These riots have brought Northern Ireland back to the Troubles, a “low-level” war that affected the country from the late 1960s to 1998 and caused the death of about 3500 people. Troubles were fought between loyalists on one side and nationalists on the other through the direct participation of their armed groups, of which the most important and famous is undoubtedly the I.R.A. (Irish Republican Army). This illegal organization fought for the independence of Northern Ireland from the UK. Its stubborn activity increased after the Londonderry massacre of “Bloody Sunday” in 1972 when parachutes of the British Army shot 26 civilians that were taking part in a protest march. The Good Friday Agreement gave peace to the island, even though very fragile. This fragility has emerged during the last months due to the adoption of the Northern Ireland Protocol, after lengthy negotiations between the UK and EU in the broader framework of the Brexit withdrawal agreement. This agreement is now inflaming the social conflicts between Catholics and Protestants lying dormant for more than two decades in the region. But why? 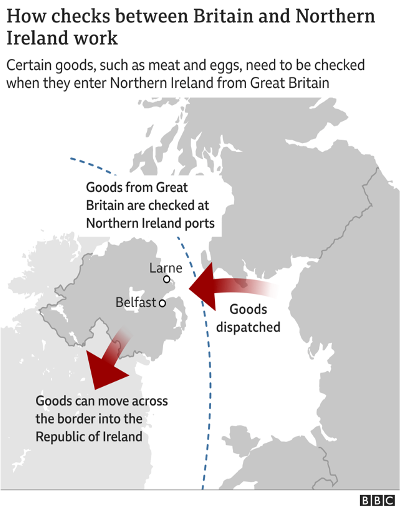 The Northern Ireland Protocol attempts to create a deal between the United Kingdom and the European Union, which allows the UK to leave the European Union with as minor damage as possible. More specifically, at the basis of this protocol, there is above all the will to safeguard the fragile peace process started in 1998. It was decided that as Northern Ireland remained within the European Single Market, goods travelling from Great Britain to Northern Ireland would be forced through maritime customs. Because of this, initially, there was also a drastic reduction in the availability of food products in supermarkets. Maritime customs created a significant sea border between the two parts of the UK, the only one that the European Union will have after Brexit. However, this maritime border, located in the middle of the Irish Sea, will be challenging to control due to the absence of natural geographical barriers. Consequently, this protocol, also known as “ The Irish Backstop”, caused a series of severe reactions in Northern Ireland; indeed, this tension was already in the ports from January.

Much more worrying are the political and conflictual repercussions that are upsetting the entire equilibrium of the region. For instance, on the one hand, taken by the fear of the Protestant Unionists, who could not tolerate the separation from the motherland with the concrete birth of a border. Thus, they asked for a revision of the Protocol or, even better, its abolition. On the other hand, from an ever more strengthened republican Catholic community desiring a union with Ireland. The matter is so severe and delicate that Arlene Foster, head of the Northern Ireland government and leader of the Democratic Unionist Party, has been forced to resign as prime minister due to strong criticism coming from the radical side of the party. The latter has accused her of being not strong enough against the Protocol. For his part, instead, Boris Johnson, prime minister of the UK, has recently decided not to respect the Protocol. Thus, he decided to adopt the so-called “Internal market Bill“, an act that circumvents the rules of the agreement with the EU. Meanwhile, London has also decided to suspend the Protocol until October 2021, exceeding the grace period granted by Bruxelles. Therefore the Commission has announced that It will take legal action against the British government.

However, it should not be forgotten the referendum of 2016 where Northern Ireland largely voted to stay in the European Union, with the majority of catholics’ votes. Therefore, it is essential to highlight that the restrictions dictated by the pandemic have also worn down the patience of the population. The social scenario has finally become even more complicated, making Northern Ireland the perfect theatre for the breakout of these social clashes and violence. 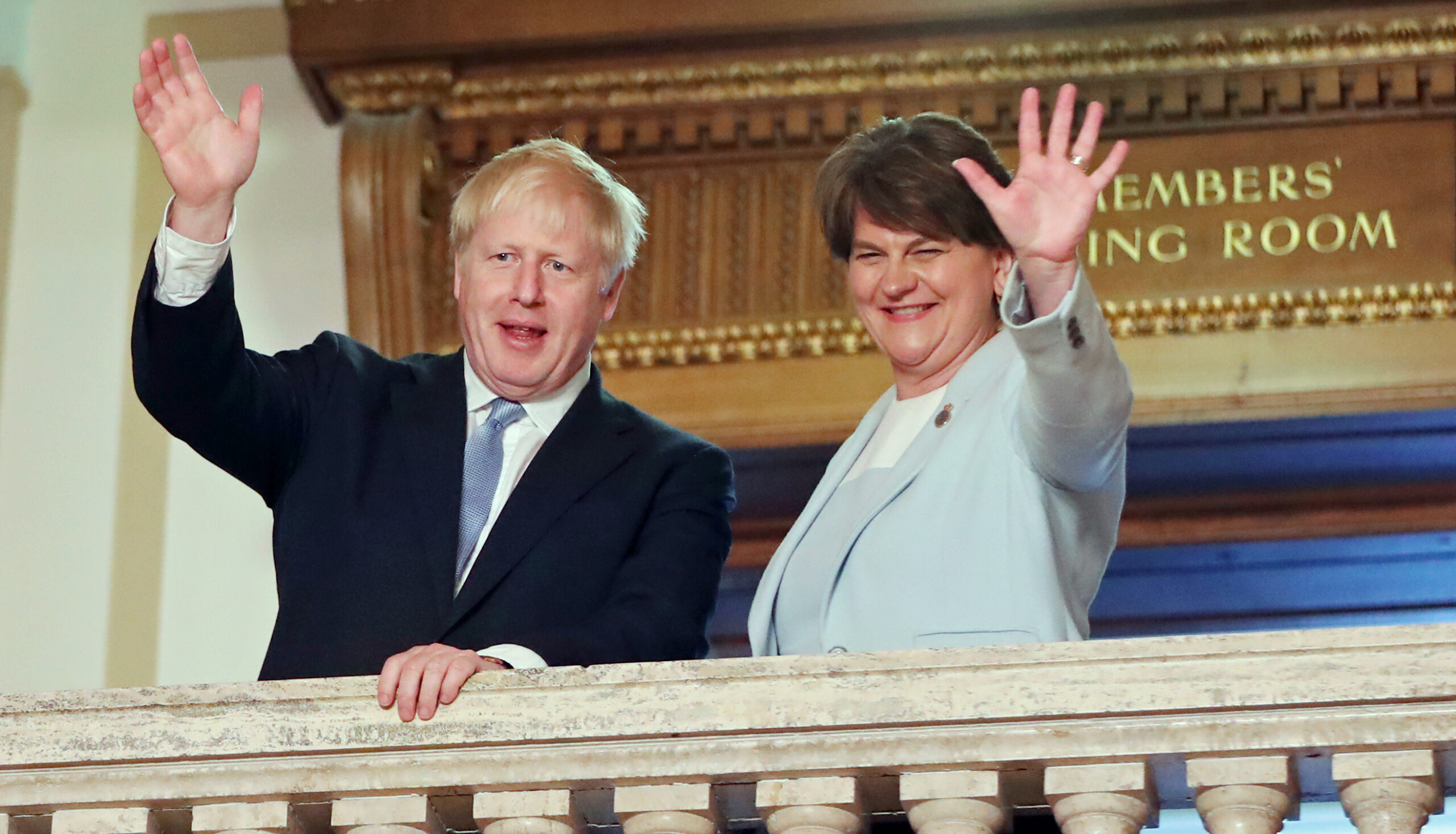 So, what happens now?

It will certainly not be easy to find a solution that can be satisfactory for all the parts involved. The European Union was accused and criticized for failing to anticipate what enormous political tensions such a deal would cause in the country, making Northern Ireland something of a hindrance in the middle. The violence that has been taking place within the loyalist community risks, in the long run, to create opposite and equal reactions in the nationalist community, making a minimum incident relevant enough to create an uncontrollable chain reaction. It is also important to underline that this sea border is a temporary solution. Even if it is causing lots of violent protests, it is playing a fundamental role, that is, to prevent the reintroduction of a hard border between Belfast and Dublin. This event must be avoided for two reasons: firstly, it could lead the country to a new more giant wave of violence, with the involvement of the nationalists this time; secondly, it is anti-historical, since the Good Friday Agreement provides for the possibility of a reunification of the two Irelands in the future. Therefore, it will be necessary to interact effectively between the two sides to create a prominent place within Northern Ireland. One strategy could be strategic leadership involvement at the international level, with a project based on planning and defining new cooperation between Great Britain, the European Union, and the Republic of Ireland.

In conclusion, it can be said that borders are always symbols of conflict. The European Union had, in fact, always focused on the abolition of its internal borders to guarantee peace and free movement of its citizens. Freedom was challenged today in that part of the United Kingdom that did not want to leave the Union and asked to see its peace was also guaranteed.