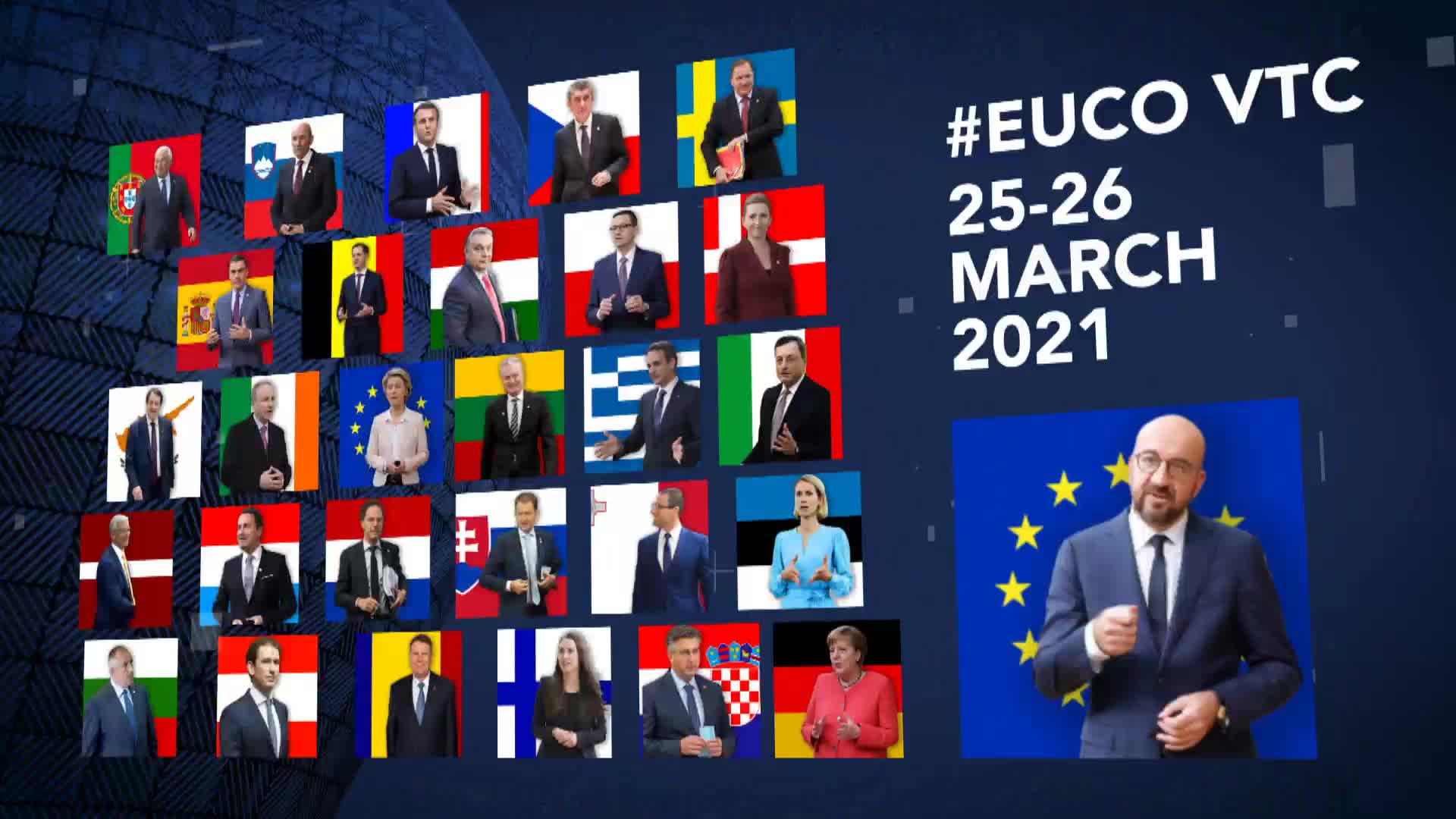 “There is a very strong consensus among the Member States. First, we want to guarantee the supply chain and we want an open economy. But at the same time, we want more transparency and it is the goal with this mechanism put on the table by the Commission. And we want to make sure that the contracts are fulfilled”.

Striving for a common response

After more than a year since the beginning of the Covid-19 health and socioeconomic crisis, a year full of European summits and often contradictory statements, and declarations made by national leaders, it has become clear a discrepancy between the opinions expressed in the European Council and the ones expressed by its members in their home countries. In the past twelve months, the European Council has met as many as 14 times – against the 7 meetings of 2019 – and the pandemic was always the first topic on the agenda. However, it is interesting to notice how the main focus has changed over the past few months.

In the first meetings, the main topic was the swift reaction to a new – unknown and unexpected – challenge. Then, almost the rest of 2020 was instead entirely devoted to tough negotiations, which led to the creation and approval of two instruments. The first was a €750 billion recovery instrument to face the direct and immediate economic effects of the pandemic. The second was the so-called Multiannual Financial Framework (MFF) for total financing of more than €1.8 trillion. Finally, since the last months of 2020, the meetings have been focused on the procurement of vaccines in the EU joint vaccination strategy. At the moment, there are four vaccines authorized by the European Medicines Agency (EMA): Pfizer-BioNTech, Moderna, AstraZeneca, and Johnson & Johnson. The agreements with the pharmaceutical companies producing these vaccines are defined under the two-pillar scheme: securing the supply through Advanced Purchase Agreements and smooth adaptation of EU rules to allow quick procurement and distribution.

Although the cooperation among member states was intended as a “united front to beat Covid-19”, the difficulties encountered in the procurement led to a quite different story. Initially, despite the emerging difficulties, Member States refrained from criticizing the work of the EU Commission and reiterated their support for the joint procurement strategy. The only exception was Hungary, which had already announced at the end of October 2020 its intention to import vaccines from Russia and China.

When breaking ranks seems the only viable option

Many countries started breaking ranks the week following the European Council video summit held on 25 February, which many perceived as the last chance to receive positive and reassuring news about the EU vaccination rollout. Austria and Denmark announced an alliance for joint development of vaccines with Israel. The Slovakian government, which a few days before had praised the EU joint approach for not leaving behind smaller countries, became the second Member State to receive the Russian vaccine Sputnik V (causing a political crisis that led to the resignation of the Slovak PM on March 28th, 2021). Also, Czech Republic was looking in the same direction. Poland instead discussed with Chinese officials the possible procurement of the Sinopharm vaccine.

Despite the concern and criticism over the use of the Russian and Chinese vaccines, not yet approved by the EMA, Member States can technically proceed under a 2001 directive that allows them to temporarily distribute unauthorized medicinal products in an emergency.

These unilateral approaches emerged with the recognition that at the current pace of vaccinations, almost all EU countries will run short of the objective of 70% of adults vaccinated by the end of the summer, with all the health and economic consequences that this would entail. Member States’ governments face increasing pressure from their citizens to deliver on their promises, especially when they are compared to the United Kingdom or Hungary. In these two countries, the more independent and autonomous vaccinal campaign is showing better results. A change in pace is a priority and the EU Commission is trying to act more pragmatically to make this happen. The objective is to get the EU joint vaccination campaign back on track and avoid more Member States breaking away to find their solutions.

Getting the EU vaccination strategy back on track

The EU Commission has also set up a task force, led by EU Internal Market Commissioner Thierry Breton, to increase the industrial production of vaccines and eliminate bottlenecks in current production. For instance, in March, the task force conducted talks with Germany’s pharmaceutical giant Merck, to expand its production of specific disposable plastic containers. Those sterile bags are crucial to vaccine-making, but the EU risked running short of them after the US imposed controls on critical raw material exports.

In the joint declaration after the European Council on 25 March, leaders emphasized the importance of accelerating the production and distribution of vaccines. They also stressed the necessity for a joint approach regarding reducing restrictions, issuing Digital Green Certificates, and strengthening the global response to the pandemic. However, the declaration did not mention some main proposals currently on the table. In the week leading to the European Council, EU leaders have discussed toughening restrictions on vaccine exports, but without reaching an agreement yet. Ursula Von Der Leyen, President of the European Commission, stated clearly that this would not be an outright ban on exports, but shipments would be blocked to countries not respecting added criteria of “reciprocity” and “proportionality”. This would target countries producing a high quantity of vaccines and having vaccination rates far higher than the EU, but not exporting vaccines elsewhere. The main example would be the UK, where the EU has exported 20 million doses (out of 77 million exported overall), but which was accused of not exporting a single dose. To compare the numbers, the EU has so far dispatched 88 million doses to its member states. French President Macron praised the idea as “the end of naivety” from the EU.

This proposal would also put pressure on the Anglo-Swedish pharmaceutical company AstraZeneca, which is honoring its commitments to the UK. However, it also needs to catch up in deliveries to the European Union, as stated by Von Der Leyen that Europeans have the right to their “fair share” of vaccines. The same AstraZeneca had been in the headlines in mid-March when 16 EU countries temporarily halted their vaccines due to concerns over possible side effects on blood clotting. While most countries resumed using this vaccine after the EMA  confirmed its safety and effectiveness, Denmark and Norway have extended the suspension.

Overall, starting from April, the EU Commission expects to receive 100 million doses each month, which would boost its vaccination rate. The recently approved Johnson & Johnson vaccine will also contribute to increasing the influx of vaccines, but there have already been concerns over supply hurdles that also this company faces. Urged by Germany, the EU Commission is now reviewing member states’ interest in launching an EU procurement procedure for the Russian Sputnik V vaccine. The vaccine is currently under the EMA rolling review, which started on 4 March. Despite the unclear timeline for its authorization, Germany pushes to start negotiations early to save time. Moreover, both German Chancellor Merkel and Italian PM Draghi have hinted at the possibility of ordering the Russian vaccine on their own, in case European coordination does not work. 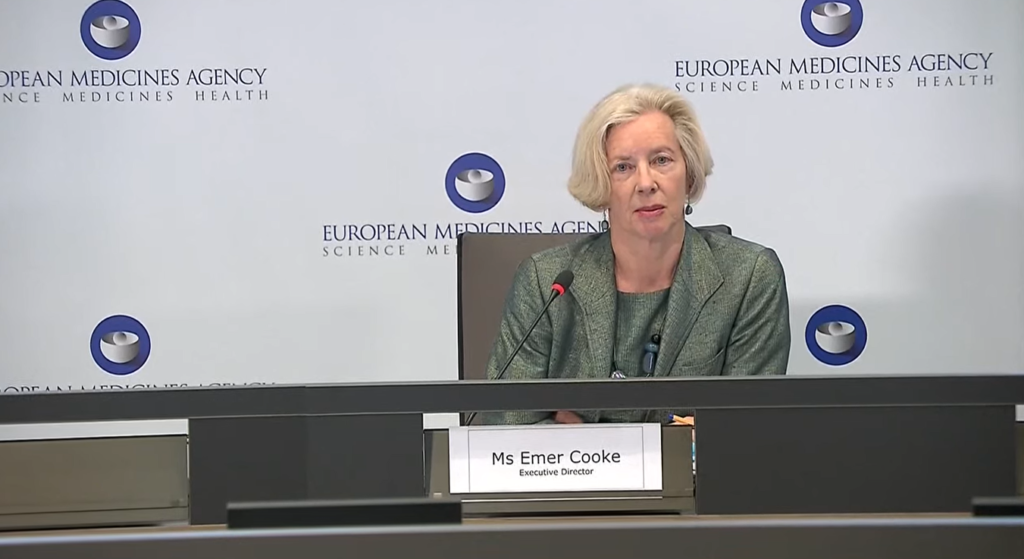 What could we expect from the future?

In conclusion, since the commitment of member states to act together within the joint EU vaccination strategy is weakening, the EU Institutions will need to prove their ability to overcome internal divisions among member states and to pragmatically readdress the current drawbacks and delays in the vaccination program. Their inability to stand up to the challenge could concretely lead to more and more fragmented national solutions to salvage the situation, since governments are under the pressure of their electorates, thus leaving the initial joint approach as an empty shell. Such failure would represent another missed opportunity for the EU to assert its role in dealing with crises at the European level and to improve its reputation in the eye of public opinion. Moreover, an uncoordinated, fragmented response by Member States could result in a weaker Europe, more susceptible to the growing influence of certain vaccine-producing powers such as Russia or China that could take advantage of their availability of today’s most craved resource to extend their political leverage in the post-covid world.