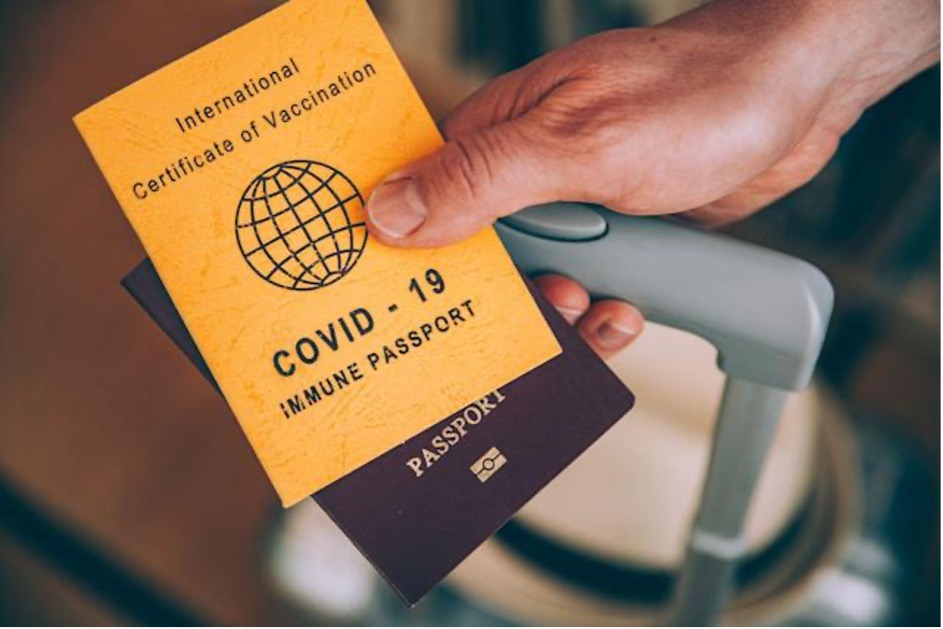 By Adriana Borsellino and Maximilian Groth

More than a year has passed since the whole world has found itself having to deal with a new type of global threat: the Coronavirus. Since March 2020, there has been a progressive closure of schools and activities, as well as borders. Nowadays, in the middle of the third wave, the situation has not yet stabilized; between a frantic, but the slow race to vaccines from one country to another and several intermittent lockdowns, one of the questions that resounds frequently in the international scenario is: “When will we be able to travel again?”. Indeed, one of the economic sectors most affected by the pandemic was precisely global tourism, a real “black year”. According to the latest issue of the UNWTO World Tourism Barometer, international tourist arrivals (overnight visitors) fell by 72% in January – October 2020 due to slow virus containment, low traveler confidence, and important restrictions on travel. 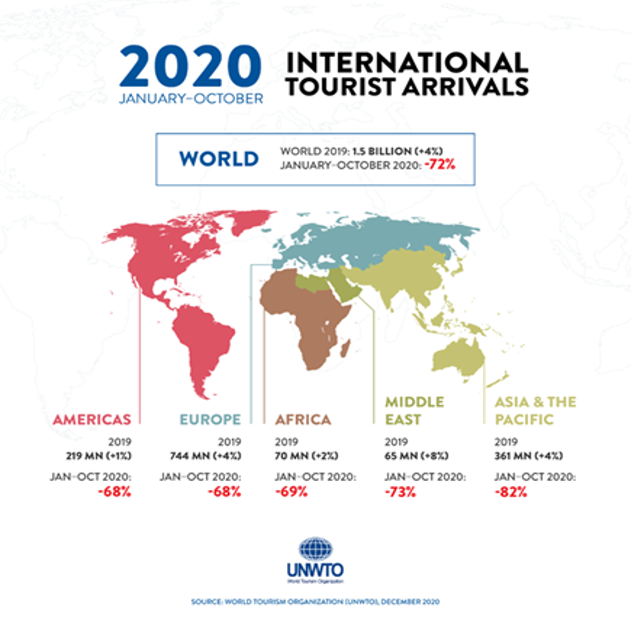 With the scramble for vaccinations, the hope of returning to travel has become ever stronger; according to Gedi visual, today in the world the doses of anti-Covid vaccine administered are more than 805.800.837 and the European Union aims to vaccinate 70% of the adult population by the end of summer. In this regard, to try to accelerate the fateful “return to the skies” with greater agility and safety, the idea launched by the European Commission in mid-January was that of a health passport in Europe. The President of the European Commission, Ursula von der Leyen, welcomed the idea by qualifying it as a necessary “medical requirement” to maintain open borders. On 17 March 2021, the European Commission presented the legislative proposal aimed at creating the so-called “Digital Green Certificate”, thanks to which it will be possible to start moving freely between the EU states. A measure that makes us look forward to the coming months with confidence when the vaccination campaign will also be at full capacity. The Commission’s goal is to make the vaccination passport operational by early summer.

How will it work?

This health pass will be introduced in each country of the EU: the format may be either paper or digital. The app will allow governments and airlines to collect, access, and share encrypted information related to the passengers’ COVID-19 test and vaccination status before travel. It will be equipped with a QR code and will contain an indication of the type of vaccine received. Those who have not been able or have not been willing to carry out the vaccine against COVID-19 will not be limited from circulation. This future vaccination passport may also include the result of the last swab performed. In essence, there will be information relating to the status of individuals from a health point of view: for example, they will even specify if they have been a carrier of the virus and recovered. Of course, it will be accessible to everyone for free. This will allow as many people as possible to travel and should help restore breath to the tourism industry. Member states will continue to be able to decide which restrictions to apply to travelers but will be obliged to apply the same measures to all holders of the Health Passport. This is a decisive aspect because it means that a country will not be able to close its borders to the citizens of another specific European country, as was the case in the first phase of the pandemic. However, the success of digital health passports will hinge on the effectiveness of vaccines.

Learning from other countries

But is this framework even a valid option for the EU? And how do other countries access this topic? Do they do so at all? Indeed, the call for more freedom is growing louder and louder, the more people get vaccinated. In countries with a high vaccination rate like Israel, the US, or even China, state and non-state actors work on the launch of such a pass or certificate. The US federal government just declared that there won’t be a national health certificate; they will rather ensure data security standards and anti-racism mechanisms in passports developed by private firms. In the meanwhile, Israel and China already introduced their first certificates. China differentiates in this point between reductions of daily life restrictions (like the access to restaurants or gyms) and a second vaccination passport for national and international travel. This travel certificate allows Chinese people to visit other states (mostly Vietnam and Thailand as main touristic countries in times of COVID-19) and to come back without the duty of a mandatory 14-days-quarantine in China. Both certificates can only get accessed by people who have been vaccinated against COVID-19. Israel, on the other hand, introduced a so-called “Green Pass” on 21 February 2021. This green pass allows people to gain additional freedom and extended access to multiple facilities of public life. The time of validity of the certificate depends on whether a person got vaccinated against COVID-19 (in this case it’s valid for six months after the second shot) or if an Israeli recovered from COVID-19. For recovered people, there is a uniform validity date which is at the moment 30 June 2021. In any case, someone eligible needs to apply for a green pass and has to prove his or her eligibility.

What are the disadvantages?

As enthusiastic as many people are about this passport and the regained options that stem from it, there is also some criticism. Especially in the EU where not everybody can get vaccinated yet, a huge cry out about a feared two-class society is more than expected. China, for example, prefers persons that got vaccinated with a Chinese serum when it comes to visas, which caused a massive backlash of exile-Chinese citizens around the world. Besides the concerns regarding the unequal treatment of people, there are also doubts about data security and if vaccinated or recovered persons are indeed not infectious anymore. According to the GDPR, states or ministries that issue such a document (in the EU), have to ensure that neither hackers nor the institution itself have uncontrolled access to the data. While data security is not that much of an issue in China, Israel and the US are constantly working on it. They came up with blockchain technology to secure the personal data of the people and in March the EU hired IBM to develop a similar passport for the EU using this technology. Even though a vast majority of experts praise blockchain as secure and useful in this context, some of them like Pavel Richter, former CEO of Wikimedia Germany and member of the advisory board of Transparency International, claimed that blockchain is simply too expensive and needs too much power to use it as the main data security mechanism for the whole European population. Especially in a period of climate change and rising environmental awareness, using up such a quantity of power would cause protests. Criticism from a different angle comes from several doctors and health experts who warn that even vaccinated people aren’t necessarily immune and not contagious in the case of an infection. Hans Kluge, regional director of the WHO Europe, admits that it might be necessary and probably inevitable to introduce a health pass in the EU, but he states that there won’t be a recommendation to do so by the WHO as long as there isn’t clear evidence that vaccinated people aren’t infectious.

To conclude, while there are several concerns regarding data security and unethical inequality, the advantages of such a certificate outweigh the drawbacks. Even the worries that the cases could rise again couldn’t be confirmed in Israel. The digital green certificate should therefore be introduced in the EU rather sooner than later to normalize our daily lives again.