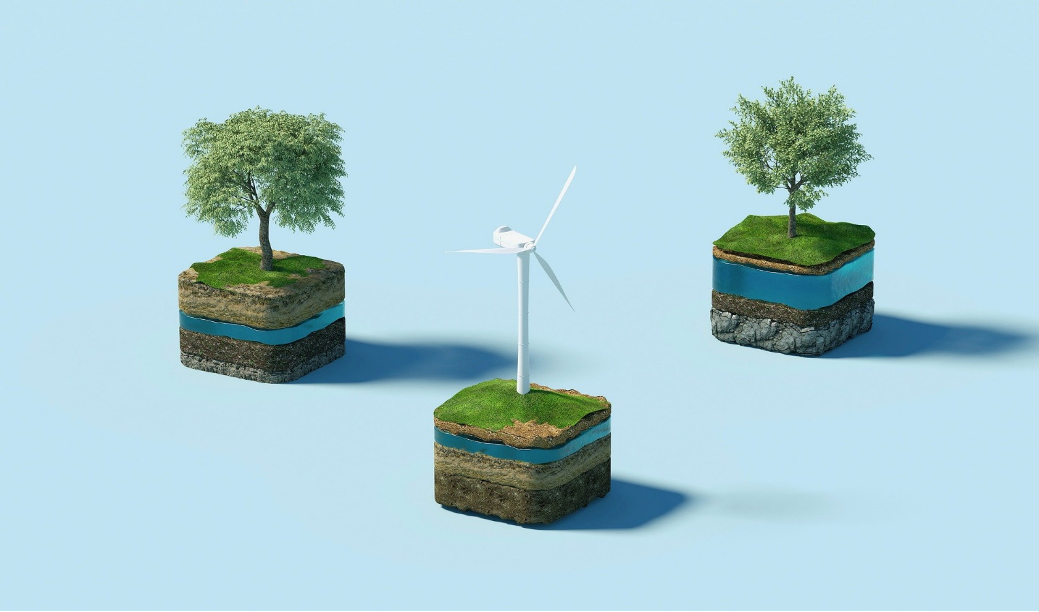 May 2021 be the year of awakening and real bold change

In January 2021, the Commission launched the New European Bauhaus (NEB) project within the scope of the Next Generation EU. The European Commission has re-evoked the creative environment which characterized the original Bauhaus by referring to one of the major artistic masterpieces of the 20th century. Founded in 1919 by Walter Gropious, one of the maestros of Modern Architecture, the Bauhaus had been a milestone for various artistic movements. As the institution reached its 100th anniversary, many events were organised all over the world, and a dedicated website was created.

In this perspective, the NEB aims to update the original concept of the school by building a co-creative space in which culture, sustainability, design, technology and development are all mixed up. As the European Commission states,“the core values of the New European Bauhaus are thus sustainability, aesthetics and inclusiveness”, focusing on solutions that these combined fields can provide in solving everyday life problems.

The NEB should be a creative hub for European artists, designers, engineers, architects, entrepreneurs, and citizens who are interested in giving a contribution to new, environmentally feasible projects. Since climate change and environmental issues are currently at the core of the public debate, the NEB intends to address them by designing green, sustainable and inclusive transformations of our surroundings. It is important to stress that this innovative project wants to be a reference point not only for the artistic environment, but also to function as a political tool to bring together young generations of skilled professionals and European institutions.

A great variety of entities already joined this ambitious project as partners, so as to build a creative network that, in the next months, will be acting as a promoter and interlocutor. Triennale Milano is the only Italian institution that was selected for this project, together with twelve other international entities.

The NEB aims to design a “tangible experience” for everyone, trying to connect different realities, integrating at once sustainability, quality of experience, and inclusion.

The starting point is understanding what the NEB is: a “think-do thank”, a space where to exchange of art, culture, and science. A movement of design and creativity, an area where to think about new and original solutions for sustainability and climate challenges.

It is difficult to explain it in plain language, due to the fact that nothing similar has ever been done before; it is a bet of the Commission, or even a revolutionary thought. This “crossroads project” calls for new ideas and practices to address the main novelties of today’s society, the digital and green transitions. The program is articulated in three main phases in order to build a bridge between citizens and green solutions: the design phase, the delivery phase, and the dissemination phase.

It started in October 2020 and will last until Summer 2021. At the beginning, this phase consisted of studying ideas, projects, and programs that already existed which could be concretised, implemented, or ameliorated. The scope of this stage is a call for proposals for Autumn 2021 to give life to the New European Bauhaus in at least five different sites across the EU.

The main method resorted to in this phase is brainstorming, in order to collect and share information, thoughts, and suggestions. When all the ideas are on the ground, the provision is a “New European Bauhaus high-level roundtable” with advanced thinkers.

The first edition of the New European Bauhaus prize will take place in spring 2021. It will award current projects that can represent a source of inspiration for this new sustainable adventure. The attribution of the prize will also coincide with the end of the design phase.

This phase will start in summer 2021 and will last more or less two years. It is not yet completely defined but it will create at least five NEB pilots in different Member States,which should be controlled by those who took part in the first phase, a so-called “community of practice”. The goal is to revolutionise the mindset through which Europeans approach nature.

It will begin in 2023-24 and will last at least two years. It consists in the diffusion of ideas well beyond European borders. The aspiration is mainly the creation of a global network of knowledge and awareness.

Dissemination will highlight the importance of constructions with respect to the environment, as it will keep the theme of a sustainable future at the core of the project. Naturally, this phase will be a success if it effectively helps spreading awareness and responsibility not just within European communities, but across governments of the Member States as well. Crucially, this should push to develop more concrete policies and incentives for a more sustainable future.

The NEB can be thought of as a tree: the roots represent the design phase that is the base of the project; the trunk embodies the delivery phase when the project’s realisation will take place; finally, the leaves constitute the dissemination phase, in that the project is supposed to spread knowledge worldwide, reaching the widest audience possible.

A further step towards a greener Europe

Ultimately, the NEB can be regarded as a very ambitious project. Constant cooperation is needed among Member States in order for its targets to be reached and a real change for Europe’s future to be produced. Furthermore, it could even have the strength to rub off on some states beyond the EU, particularly in the third phase.

From a financial standpoint, the Bauhaus won’t probably find much trouble in the implementation because of the preeminent role of the EU. On the contrary, there might be some problems in promoting a general renewal. As mentioned, the programme aims to accelerate the shift to a greener Europe through innovative ideas and consistent change in existing policies and buildings.

As for buildings, a substantial renovation is fundamental to achieve the EU’s ambitious climate targets. As a matter of fact, the Commission established the “renovation wave” programme in order to redouble the rates of renewal for existing living areas. This means that there will be a huge economic effort to intervene on around 35 million buildings throughout the continent. The most crucial goal is the reduction of emission levels, which are still too high. The main causes are the presence of bad-performing buildings and the diffused energy-poverty, with an estimate 30 million of Europeans living with a “bad”  heating system.

Anyway, the renovation wave must be massive and widespread because the EU is currently far from its Green Deal targets. Europeans will be able to reduce the cost of inefficient heating systems thanks to new, better performing buildings. There will also be an increase in the construction sector with the estimated creation of 160,000 new jobs.

Obviously, this is not only an economic challenge for Brussels and, quoting Commission vice-president Frans Timmermans, “it’s not easy, it’s not just throwing money at it, we also need to get the right regulation in place”. It is indeed important to mention the fact that Member States did not play a strong role in promoting, organising and completing all the new plans and reforms until this very moment.

It would be arguably impossible to make such big changes without a constant cooperation between Member States. The NEB offers therefore the opportunity to trigger a broader renovation with its first five visionary projects. It will be possible to develop the third phase to export the “European way” to a sustainable future all over the world only when all Member States reach a new, balanced mindset. On this point, von der Leyen underlined that “the New European Bauhaus will be a project shaped by all of us, in all Member States and beyond”.

The underlying aspiration of this ambitious project is to connect an initiative such as the European Green Deal with something as personal as our living spaces by bringing our communities together, and by combining passion and knowledge with technology and sustainability.