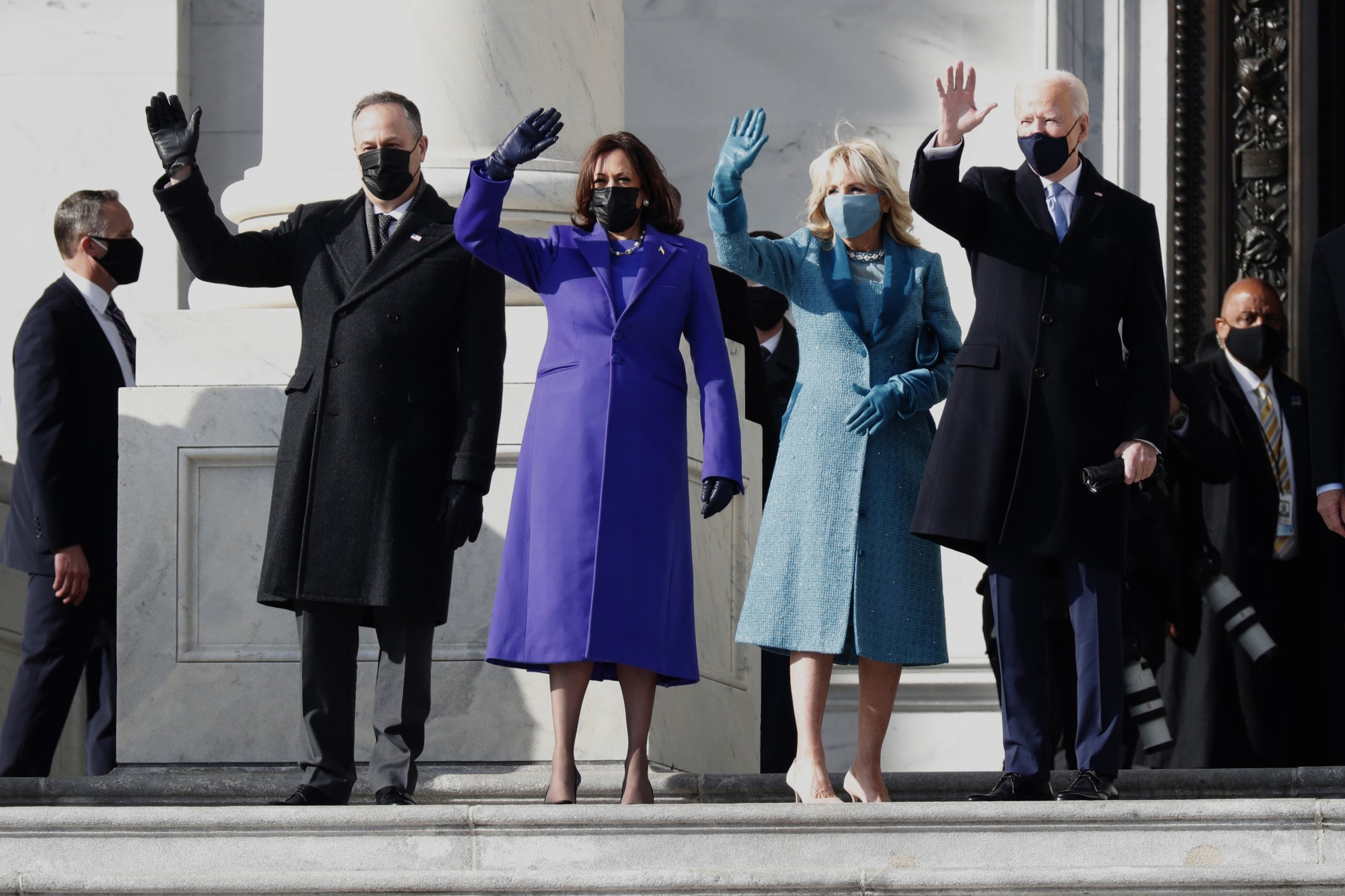 Ah, dear father, graybeard, lonely old courage-teacher, what America did you have when Charon quit poling his ferry and you got on a smoking bank and stood watching the boat disappear on the black water of Lethe?

From A Supermarket in California

This 1955 poem by Allen Ginsberg exposed critically the American materialistic attitude that was typical of that time. The old «American Dream» acclaimed by Walt Whitman had vanished into the water of the mythological river of forgetfulness: authentic American values and cultural consciousness had faded away, making way to the new consumeristic society.

Four weeks have passed since Joe Biden was sworn-in as the 46th President of the US. According to many political analysts, his inauguration speech is going to make history. The most emphasised words were democracy, unity and people, crucially following the storming of the Capitol by a mob of Trump supporters. The new president sought to mark an unequivocal change of course by proclaiming the 20th of January the «National Unity Day»: according to him, unity is needed to face the dire straits in which the country finds itself today. The most urgent measures put forward by Biden concern the coronavirus emergency, immigration and climate change. On top of this, racial justice, social equity and terrorism represent other tough challenges to the new administration.

Among them, the most crucial is arguably the fight against climate change. Later in his Inauguration Day, Biden signed seventeen executive orders while sitting in the Oval Office: most notably, the return to the Paris Agreement and the withdrawal from the construction of the Keystone XL oil pipeline (a 2,000km infrastructure connecting the region of Alberta, Canada, to the US). According to many experts, in fact, the latter may represent a danger for the environment; at the same time, cultural issues arise as the pipeline should cross some territories deemed sacred by the Native Americans.

Trump always neglected environmental protection, as he is famously in denial of global warming. His administration made it possible to drill the majority of the national soil. On the contrary, Biden asked to suspend or re-evaluate drilling permits. Additionally, the new president is also said to be forming a task force working to create around one million jobs in the green market. The programme should feature protection of biodiversity and safeguard of the ecosystems: by 2030, 30% of soil and water basins should allegedly be preserved. Under this scheme, Biden’s America is supposed to generate 100% of electricity from carbon-free technologies and to reach net-zero greenhouse gas pollution by 2035.

While the previous administration redrew from the Paris Agreement, nine US states, representing 55% of the country’s population and 40% of greenhouse emissions, did some remarkable efforts to reach the goals of the Agreement. California, Colorado, Hawaii, Maine, Nevada, New Mexico, New Jersey, New York, and Washington approved to reach the 100% renewable electricity target within 2045 and to be carbon-neutral within 2050.

Nevertheless, reaching a genuinely emission-free policy will imply high regulatory costs. Giving up infrastructures such as pipelines will translate into excessive cost of bills and goods for Americans. Subsidies are necessary to finance projects. Nevertheless, regulations and subsidies not always stimulate the job market; instead, high energy prices could imply less energy consumption for families, which in turn may result in job losses and lay-offs.

Another point to consider is the lack of transparency on part of some countries, which could favour certain companies with the distortion of emissions parameters. Moreover, producing renewable energy implies an important amount of waste. The road towards renewables is not easy, not least because the government needs to be transparent in taking decisions and adopting safety standards.

However, the transition to the green economy is unstoppable: according to the national Energy Information Administration (EIA), renewable energy consumption has surpassed coal for the first time since 1885. Coal consumption decreased for the sixth consecutive year to 11.3 quadrillions Btu in 2019, the lowest level since 1964. Electricity generation from coal has declined significantly, falling to its lowest level in more than 40 years.