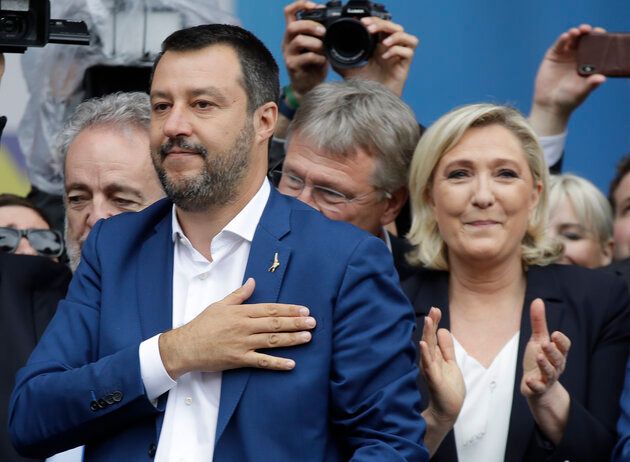 It has been a little over one week from the European Elections that were meant to be an earthquake for the European Union, coming from the core of the European sentiment: the people.

Many prophecies had been made from those political leaders that told the story of a deluded and naïve European dream inside a bubble that was about to be popped.

Indeed, the 26th of May has passed, and the Union is still standing, the Parliament is still not black, and the nationalists’ voices are as far and as hard to hear as before.

In fact, the results of the elections are encouraging and very promising for the future of the Union: it is true, both the traditional governing groups, the European Popular Party and the Socialist have lost many seats, but on the other side we can see a Liberal group stronger than ever and a powerful, and expected, rise of the Greens. All this coming from the highest turnout of the last 25 years: Europeans are not turning their backs to the Union but giving it the trust we were afraid it had lost.

Looking at the numbers, Nationalists only really won in three major countries: Italy, France and the United Kingdom. Then of course there is the unsurprising win of PiS in Poland and Fidesz in Hungary, but that, unfortunately for Salvini, is a whole other story.

Arguably the biggest rise has been seen in Italy, where the openly Eurosceptic League doubled the results of the last national election, held last year, and became the first party with 34% of the votes, surpassing its government partner, the nose diving 5 Star Movement stuck at 17% (half of the votes compared to 2018).

In France, Le Pen’s Rasssemblement National has taken over Macron’s Republique en Marche. However, if we do not stubbornly only look through the carefully placed magnifying lens, like Mrs Le Pen would like us to do, we can see how the Party only gained 1% since the last national elections in 2017, when in the second turn it was greatly defeated by Macron, and actually lost 2 MEPs if compared to 2014.

The UK saw the landslide victory of the newborn Brexit Party, who captured a big number of votes fleeing from the moribund Conservative Party, guilty of being incapable of bringing home an acceptable withdrawal agreement (with the European Union) and from the eternally undecided Labour Party.

However, if it is true that the anti-European Nationalists have grown within the Parliament, it is also true that, given the functioning of the system, they do not really have the numbers to create a believable and effective opposition. In fact, with Farage, Orbán and Kaczynski, clearly stating that they had no intention to join the League and RN in a new group in the Parliament, Salvini’s dream to build a significative opposition is gone. In fact, even if admittedly the number of openly Eurosceptic MEPs is higher than before, the ideologies that describe them are heterogeneous and, at times, mutually exclusive. For one, it is hard to imagine Orbán or Kaczynski accepting a policy of redistribution of refugees proposed by Italy, given the grounds on which they have built their consensus; or again, the different positions in the relation with Putin’s Russia have been determinant in the Kaczynski decision to remain in the ECR group.

Long story short, it looks like this is not their time, and the European Parliament is not their place. Nonetheless, news for Italy are not as good as the ones for the Union: in fact, for the first time, the parties that govern the country find themselves in the opposition in Brussels, and a not so strong one.

But at least, as the square in front of the Hemicycle screamed on the night of the elections: Europe Resists.