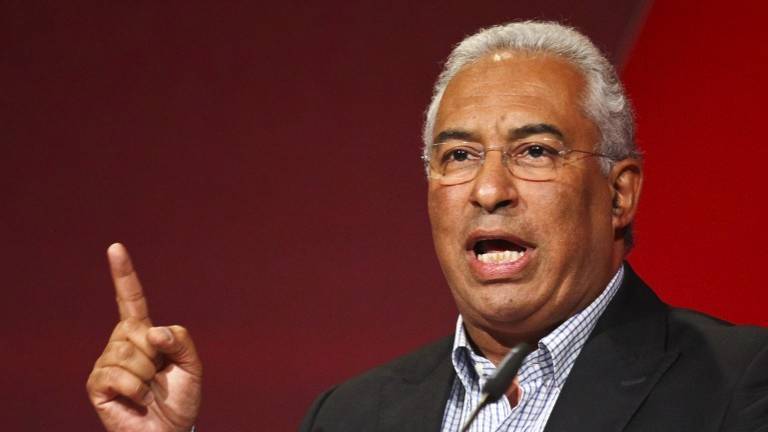 The Spanish Socialist Party (S&D) has been the centre of attention due to its great success in the Spanish snap elections on 28 April. However, the win of Pedro Sánchez’s Spanish socialists might not be an isolated case in the Iberian Peninsula: in fact, it could be soon emulated by the results of the Portuguese Socialist Party (S&D).

In 2015, the centre-right coalition Portugal Ahead won the Portuguese general elections, capturing 38.6% of the votes, while the Socialists obtained roughly the 32%. However, Portugal Ahead failed to win an absolute majority of seats and, having no allies in parliament, failed to form a government. On the contrary, António Costa, the secretary general of the Socialist Party and former mayor of Lisbon, succeeded in securing support for a socialist minority government composed by the Left Bloc (GUE/NGL) and the Unitary Democratic Coalition, a coalition between the Portuguese Communist Party (GUE/NGL) and the Ecologist Party “The Greens” (Greens/EFA). Subsequently, Costa was appointed as the new Prime Minister. In this way he began a partnership between the moderate Socialist Party and two eurosceptic far-left parties, which many predicted it was not going to last long. Nevertheless, four years later, this partnership has proved to be surprisingly successful.

Costa inherited a country brought to its knees by the economic crisis of 2009. That year the Portuguese GDP fell almost 3% and the budget deficit rose to almost 10%. Government debt-to-GDP ratio sharply rose from 68% in 2007 to 111% in 2011. In April 2011, in an effort to control growing debt and stabilise precarious banks, the socialist government of the then Prime Minister José Sócrates negotiated a 2011-2014 austerity programme with the European Commission, the International Monetary Fund and the European Central Bank – the so-called “troika” – in return of a €78bn bailout. Despite this legacy, António Costa has presided over an economic turnaround. Unemployment has halved, falling from 12.2% in November 2015 (when Costa became Prime Minister) to 6.3% in February 2019. In 2018 the Portuguese GDP grew by 2.1%. The budget deficit could be eliminated this year for the first time in over 40 years. These astonishing results have been ascribed to Costa’s ability to cut the fiscal deficit, as requested by the international creditors, while restoring state pensions, wages and working hours to pre-bail-out levels.

Portuguese voters showed to approve these policies. In the 2017 local elections, the Socialists won 160 mayors, 10 more than in 2013, and more than 38% of the votes. The strong nationwide results for the Socialist Party helped to legitimize António Costa‘s position as Prime Minister after his loss in the 2015 general elections.

The Socialist Party is therefore approaching the European elections with high expectations. Portugal will vote on Sunday 26 May, as most of the European countries. According to an Aximage poll, conducted between 3 and 8 May, the Socialist Party would be voted by the 36% of the Portuguese. Costa’s party is expected to conquer 9 out of 21 seats. Its two leftist allies, the Left Bloc and the Unitary Democratic Coalition, would get respectively 8% and 7% of the votes. Since the three parties in government could get altogether almost 50% of the votes, Portugal will probably turn out to be one of the most left-wing countries in Europe. The major conservative party, the Social Democratic Party (EPP), would be supported by 28% of the voters and it is expected to win 7 out of 21 seats. Given the popularity of Costa’s government, during these years in opposition, the Social Democratic Party has been forced to move towards centrist positions. After a disappointing result in the 2017 local elections, Pedro Passos Coelho, former Portuguese Prime Minister between 2011 and 2015, announced he would not run for a 5th term as party leader. After that, Rui Rio was elected as the new leader of the Social Democratic Party on January 2018. The other minor conservative party, the CDS-People’s Party (EPP), would get 8% of the votes.

No relevant far right party has appeared so far in the Portuguese political system. Portugal seems in fact to lack some elements that elsewhere in Europe have favoured the rise of the far-right. As for immigration, the influx is low and dominated by people from Portuguese-speaking countries, such as Brazil, Angola, and Cape Verde, who integrate easily. There are few Muslims in the country and there has been no major Islamist terrorist attack. Moreover, unlike elsewhere on the continent, the idea of a united Europe is particularly popular among Portuguese yongsters.
The European elections will be the first voting occasion in Portugal. The general elections will be held three months later, on 6 October. António Costa, one of the few successful centre-left politicians in Europe, seems to have good chances to carry on his work in government even after this date.