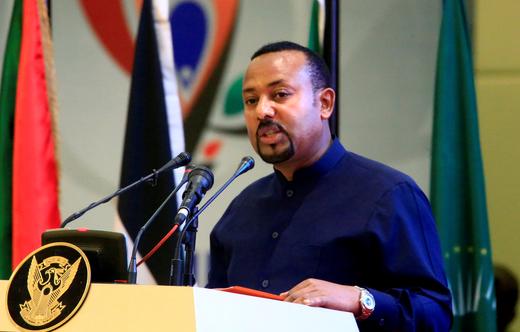 In fact, the conflict between Eritrea and Ethiopia has been going on for a long time, more than 20 years, and even though there has not been an open conflict since 2000, there has been a stalemate described as ‘no peace, no war’ that ended only a year ago, in 2018. The end of the war only came about when Mr. Ahmed reached out and pushed for a new round of negotiations with Eritrea’s government. To have been able to come to a peace agreement after no more than one year in office is certainly impressive. And it is even more impressive when the peace deal concerns such an infected conflict that has existed between these two neighbors for more than two decades now.

However, Ethiopia is still a country characterized by many internal conflicts, and they have a long-lasting democratization process ahead of them. The Prime Minister has been trying to end the ethnic clashes that have been going on and he also presented a long list of economic and social reforms. The Nobel Peace Prize Committee has been questioned on whether it was a good idea to so early on, in Mr. Ahmed’s leadership path, gift him with the prestigious award. We still do not know how his political term is going to play out and neither what the outcome of this peace deal will concretely be. The Nobel Peace Prize Committee answered the critique during its press release naming Mr. Abiy Ahmed as “this year’s recipient”. By doing so, they simply meat that it is not too early to judge, and that they believe he deserves this recognition, and also that it will serve as an encouragement for Ethiopia, as well as for many other countries involved in peacebuilding processes.

As for now, the peacebuilding work of Prime Minister Ahmed has been at the forefront, and it has given encouraging good results. But another conflict might escalate with Egypt as for now neither countries have been able to come towards an agreement regarding the building of the Grand Ethiopian Renaissance Dam on Ethiopia’s Blue Nile, which will be the largest dam ever constructed in Africa when finished. However, Egypt believes that the dam will restrict their access to freshwater from the Nile.

Is it then too early to award the Ethiopian Prime minister? It might be so. We have precedent examples of political leaders receiving the Nobel Peace Prize, such as US President Barack Obama and Aung San Suu Kyi, probably too early in some way. The danger of giving awards and praising such newly appointed political leaders is that the outcome of their time in power is unknown, and what their legacy will be is not certain yet.

If this award will be an effective encouragement for Ethiopia to continue its efforts to strengthen democracy and peacebuilding in the region is left to be seen. Hopefully, it will be so.