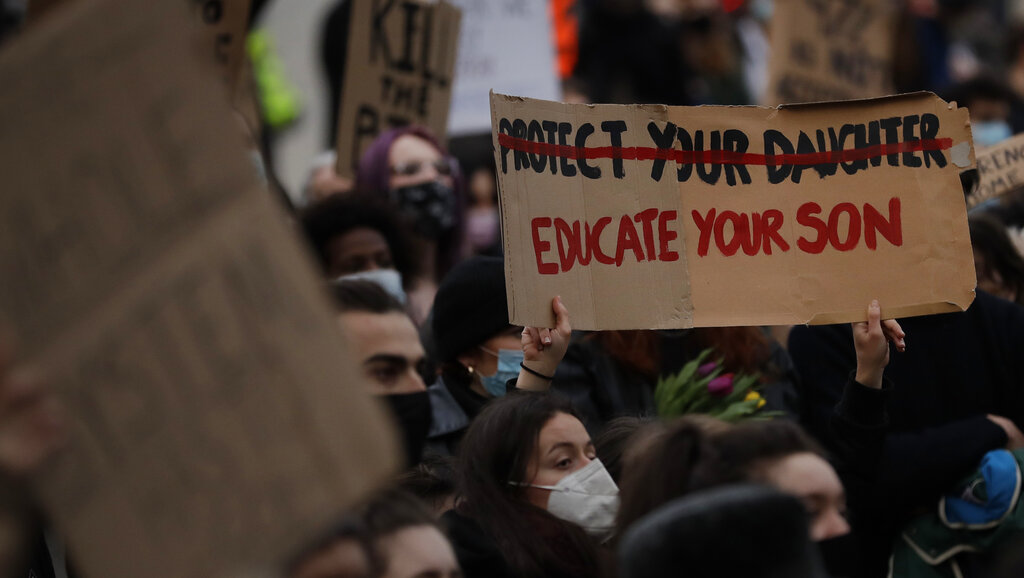 “Extensive discrimination against women continues to exist”: this might seem a common sense consideration, but is instead an acknowledgment contained in the Preamble to the 1979 Convention on the Elimination of All Forms of Discrimination against Women. In 2021, nothing seems to have changed. Today a lot of problems are transnational in nature, and violence against women is no exception. In most countries around the world, women still have to face various forms of violence – both physical and psychological – on many different levels.

On January 27, the Polish government imposed a near-total ban on abortions, allowing it only in cases of rape, incest or when pregnancy threatens the mother’s life. This limitation to women’s basic rights, such as the right to freely decide over their body, has been defended invoking a controversial issue, that of the right to life, a central pillar of Catholicism.

On February 26, Nigeria experienced the third attack on schoolgirls in less than three months. These terrible actions not only violate one of the most fundamental human rights such as personal freedom, but also spread panic among girls and their families, preventing the former from going to school and thus making it impossible for them to enjoy another basic right: the right to education. As a matter of fact, Nigeria is one of the less educated countries in the world, with about 10.5 million children out of primary education, and these figures are only going to increase as kidnappings continue.

On the night of March 4, Sarah Everard, a 33-year-old girl, was killed by a police officer in south London. Sarah was doing what girls who come back alone at night are generally taught from their early age: she was calling her boyfriend at the phone, and she also walked a much longer way home so as to stay on busier streets. But this was not enough. Sarah’s murder is nasty not only because it was committed by a policeman, but also because it took place in a country that we consider as safe and democratic. A Western country. A Western country, like many others, that is still struggling to ensure women’s safety. Now, all women say: “Sarah could have been me”.

On March 20, Turkish president Recep Tayyip Erdogan withdrew his country from the Istanbul Convention, a treaty which aims at preventing violence against women while also putting an end to legal impunity for perpetrators. This disgraceful decision comes at a time when the pandemic-induced lockdown resulted in a spike in domestic violence, in a country where femicide figures are not issued separately from those of murders (this despite the fact that an estimated 40% of Turkish women are victims of domestic violence). The situation keeps worsening: in February alone, 33 women have been killed in Turkey, more than one per day.

These are only few examples of violence and discrimination against women occurred since the beginning of 2021 around the world. The gender gap is another problem faced by virtually every woman, from the  “glass ceiling” on the workplace to catcalling on the streets, when not to more serious forms of violence. According to the World Health Organisation (WHO), 1 every 3 women has experienced physical and/or sexual violence, mostly by an intimate partner, and around 38% of femicides are committed by a male partner.

Many efforts have been made in order to help women. From the RESPECT implementation package for preventing violence against women developed by UN Women and WHO in 2019 to the recent Spanish law proposal, named “only yes means yes”, that focuses on protecting the right to sexual freedom banning all forms of sexual violence. The terms of the new “rape law” will equate any non-consensual penetration (this is the literal term used in the bill) to a rape, punishable with between four and ten years in jail, whereas aggravated rape will command a higher term in prison, up until a maximum of fifteen years. The punishment will be higher where the victim is the rapist’s wife or former partner.

Fighting violence against women and promoting gender equality are battles we all must wage every day, changing our behaviour and our ways of thinking and speaking. Respect for any person, regardless of their sex or gender, is a fundamental human right that accepts no exceptions. In this perspective, education is the most important tool at our disposal. Teaching our children to respect every human being should take us ever closer to a truly inclusive and egalitarian society, where discriminations of any kind cannot be tolerated (nor remain unpunished).

Ensuring that women get the same opportunity as men should be a goal to achieve transnationally,  and is one of the few cases where “copying” is not only allowed but indeed encouraged. Estonia has already broken all records creating a “pink country” (both Head of State and of Government are women). Why not take inspiration?