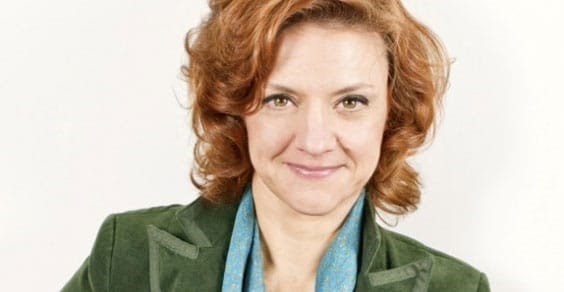 by Sofia Marini and Thomas Romano

The European Green Party is affiliated to the Parliamentary Group of the Greens / European Free Alliance. The Greens entered the European Parliament in 1984 and they created a group on their own in 1989, before merging with the EFA in 1999. They were the first group to evolve from a transnational federation to a proper party at the European level, in February 2004. The constitution of a party implied the creation of strong coordination mechanisms and supranational bodies that have allowed the Group to be overall the most cohesive one in roll-call votes. At the same time, Council meetings are normally open to the public and several connections with civil society are ensured by the networks and working groups, so that the party maintains some traits of the grassroots organization typical of the environmental movements from which green parties have originated. They also have a double, gender-balanced Presidency.

The programme of the European Greens is, of course, centred on the environment and tackling climate change. Nonetheless, their manifesto also includes several measures in favour of equality, social justice, democracy and human rights.  In the last legislature of the European Party, the Group counted 52 representatives (6,92% of total seats), coming from 18 countries and 27 national parties, and they have chaired the Transport and Tourism Committee in the European Parliament. The group is currently chaired by Philippe Lamberts and Ska Keller, who is also one leading candidate, of the party for the Presidency of the European Commission. The electoral performance of the group has been fairly stable over time, despite some oscillations.

How did your studies at the University of Florence influence your career in politics?

When I arrived in Florence, I wanted to go to interpreter schools. But then I changed my mind, as I realised I wanted to be the one for who interpreters worked. Therefore, when I had to choose where to study, I chose to study political science, as I thought that being a politician would be more useful. From my time at the University of Florence, I realized that the good thing of political science is that you acquire language and capabilities in different subjects: history, law, economics. All of these have different mindsets, and when you work in politics, working in institutions and making laws, these different approaches are actually very useful. The diversities of languages and approaches were very useful in my studies, and that made it definitely easier for me to work in politics.

How about your experience as a Member of the European Parliament (from 1999 to 2009, ed.)? What did you acquire from that? Are you particularly attached to a law or a project that you followed during your time there?

I must say that after only two years from my election I was elected president of the European Green Party, and since I was busy with the management of the group I could rarely follow specific legislation. But I am proud of the fact that I followed for three years the yearly report on the implementation of European law, which is not boring as it sounds, but actually a very interesting topic. I was able to change the Parliament’s approach and influence the Commission’s one concerning the violation of European law and the quality of how the European Parliament controls its implementation. For a long time, the Parliament had cared mostly about legislation and had not been very concerned about its implementation, which was left to the Member States. That is not the case now. Another important topic was the reports and resolutions on the Constitutional reform process and democracy governance, that is, the whole process leading to the Constitution for Europe and to the Charter of Fundamental Rights in the early 2000nds.

The European Green Party is much concerned with gender equality, also considering its longstanding practice of having a double chair: why would you say the Green Party is more qualified than others in tackling this issue?

I think that everyone is entitled to have opinions, but it is difficult to speak about it if you come from a party with no women. In order to be credible, one must make sure to have equal participation: we should give value to diversity. The topic of parity is about accepting a diversity in power and in visibility, which is an added value. It is not a question of maths, the issue is not simply to have a woman for each man: it is to recognise that having women in business is better than not having them, that women in parliaments make them more representative of the electorate, and the same applies in government. Obviously you can have incompetence among women as among men, but it is important to stress that it is not a numerical question.

In the programme of the Green Party, there is not only environment: there are several other issues, which looks like you are trying to present yourselves as an alternative to both Eurosceptic and liberal mainstream parties: why are you a real alternative to these parties?

I think that it can be seen this way: if we try to find solutions to environmental issues and climate change we immediately have to consider the model of economic and social development we want. Unless we have a strong democracy, with media freedom, informed voters and free access to media, we will never have a green society. Other interests will overrule you. For example, organizing our energy system around renewables means not depending from a monopolist who can decide on our allocation of energy, but actually being self-sufficient. At the same time, those who deny climate change, coincidentally, are reactionaries, nationalists, opposed to women’s rights. All those fights are linked. We cannot have a sustainable society unless we are open, as environment doesn’t have borders: we are global and supranational by definition. It is by no means an absolute rule, but being sensitive to these questions generally means being progressive. There are exceptions, as I know a lot of environmentalist people who are conservative, but I do think we are bound to have a more general progressive programme, because the transformations that are needed for our project imply that we have an idea about the kind of society we want, including in industrial development, education and job creation.

I would say, although I’m very biased, that we exist as a European party and we have an impact in the European Parliament and the discussion at the European level beyond national parties. It is true, however, that weak national parties also make us weak at the supranational level. Although we have the structure and the policies, we do need the national parties’ strength. However, this happens both ways. Our parties recognise that they are members of a European family and that, by being members of a European family, they are more influential in their national political arena. This network gives them legitimacy and credibility. For example, the slogan of the Bavarian Greens, which had a major impact, was “A more human Bavaria in our Europe”. Europe is important, and the message that they were part of a European family played an important factor in their electoral result.

As far as Italy is concerned, I would first of all say that we have a cultural problem: it is easier to be a green in Germany than in Italy. There is also a problem of how present we are in the public debate: if the public debate doesn’t touch the issues on which we are strong, that makes it complicated for us. In other countries, the public debate is less focused on the leaders and more on the content of policies, and that is important. For example, today, the Belgian Greens are the first political family in the country: they were very weak when the whole debate in Belgium was focused on the regional divide between Flanders and Wallonia. That was because the Greens did not have any specific proposals on that issue. Moreover, the Italian Greens have historically been very weak from an organizational point of view, for various reasons. Our best people left, and we had lots of internal infighting. This makes it complicated to survive, especially since the political system has changed a lot in Italy. When I was elected, there was no threshold in European elections. Now, the 4% threshold has prevented us from being elected. Being outside the institutions makes it difficult to emerge, and we also had issues of leadership as well as with the quality of our proposals, which derived from a bad organisation. Lastly, differently from other countries, the environmental NGOs were never particularly keen in taking over the political representation of green issues. Since parties are generally unpopular compared to civil society, a lack of engagement from the civil society is problematic for us. So, I would say that the problems are political culture, organizational weakness, and lack of engagement in politics by green civil society groups. This is also why there is such a discrepancy between the lack of political representation and amazing results achieved in Italy such as the referendums on nuclear and legislation on renewable energy.

In the case that the Greens were to enter a coalition to support a Commission, would you have any red lines?

Of course, the first thing would be the programme, especially concerning climate and democracy. It would be complicated to make an alliance with Weber and Orban. Our ambition is to be able to create an alliance of progressives, and above all we, as Greens, want to be as strong as possible, since it will be complicated that other groups push forward green policies without a strong green presence. We must be at the table in order to influence policies and make compromises, if necessary. In this moment, I think the best coalition would be without the EPP, although this will be difficult to achieve.

Finally, one last question: if you were to mention three important personalities for European integration in general as well as for your own political upbringing, who would you mention?

I would say Altiero Spinelli, definitely, and Maria Adelaide Aglietta, the first woman party chair in Italy, who chaired a party the Rainbow Greens, which would later merge into the Italian Green Federation. She worked with me very much. The third one would be Daniel Cohn-Bendit, who was co-chair of the European Green Party with me for seven years.