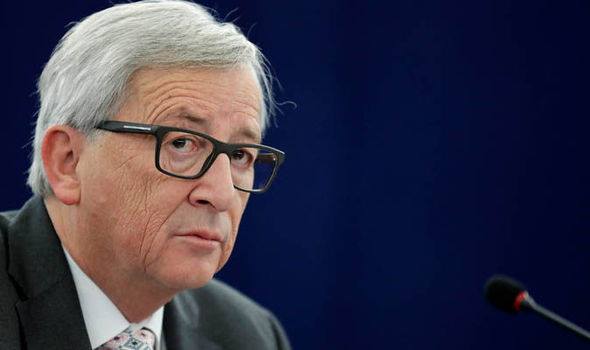 “Spitzenkandidaten“, the German word for lead candidate, has been one of the sharpest innovations in European Union public policy during the last European Parliament election in 2014. Each group in the European Parliament appointed a lead candidate for the Presidency of the European Commission, to be taken into account by the European Council in its nomination process. Without doubt, a lead-candidate procedure has introduced an innovation into the election: the strong willing of the Parliament to adopt again this kind of system reflects a reaction to the main critic on the lack of transparency that contributed to the distribution of the euro-sceptic view during the last few years.

Also, with regard to the political literature in the background, the implementation of a more national-like electoral system for the Presidency of the Commission could reshape the legitimisation of the actors involved in European policy-making (Majone, 2014).

The genesis of this procedure has to be researched into the Lisbon Treaty. The 2009 reform of the TEU introduced a new, ambiguous wording by adding to the paragraph 7 of the article 17 the formula “taking into account the elections of the European Parliament”, referring to the selection method of the candidate by the Council.

Basically, the Spitzenkandidaten system is not a treaty-based procedure and the German word itself is not even mentioned in the TEU: it’s the result of a smart interpretation of the EU law.

Beside the legal background, the lead-candidate system for the nomination of the Commission President has always been a crucial issue in recent years of political debate.

Juncker himself, during the campaign for EPP group, insisted firmly on how the position of the CDU on the adoption of a top candidate balanced the opinion and attracted the attention of the media, since it was expressed for the first time in 1997 already. And so did most of the other 2014 candidates.

This contributed vigorously to the creation of a widely spread public debate on the Spitzenkandidaten.

The European Parliament, later in the month of February 2018, has expressed a firm, clear position on whether the Spitzenkandidaten procedure has to be enacted again or not in 2019 elections: the EP is ready to reject any candidate who’s not appointed by one of the Parliamentary groups. A position that reflects the willing of the MEPs (or at least most of them) to keep the power they gained through a long-term process of Treaty reforming.

So, what’s the point in considering not using the lead-candidate system again for 2019 elections, as the European Council is going that way?

At first sight, a strong development, coming from the field of political studies, is in particular the tendency of the electorate not to express a preference over European matters, when voting for the European Parliament, a concept known as the “second-order elections” model developed by Reif and Schmitt (1980). As some European Election Studies (EES) statistics demonstrate, even with the introduction of an element of transparency such as the Spitzenkandidaten appointed by the European parties, the electoral turnout dwindled from 2009 43% to a historical lowest of 42.6%, in tremendous downtrend especially from the 62% of the first 1979 elections. The outcome of last elections in terms of voters’ attention to European politics seems to remain uninfluenced by such an innovation, classifying the Spitzenkandidaten as a weak deal-changer at policy makers’ eyes.

Also, because of the differences in political priorities and interests of various groups, the top candidate system faced some kind of opposition into the Parliament too during the 2014 campaign, and it’s not to be excluded that the populist and euro-sceptic parties like EFDD could oppose it again, also considering the influence of the national parties into the issue. To give an example: before the last elections, the 33% of the MEPs were contrary to the application of the Spitzenkandidaten procedure, as their European Parliament party did not appoint any candidate; the 23% of them were reflecting their national parties’ willing, in order not to empower anymore the EU’s governance and institutions.

This division is even clearer with regard to the position expressed by the Parliament in 2015 during the vote on a possible reform of the electoral law, which straightforwardly aimed to strengthen the Spitzenkandidaten system. Some VoteWatch Europe statistics showed how the procedure was only backed by the two main groups in the Parliament – EPP and S&D – thanks also to the pivotal role played by the ALDE group of Guy Verhofstad, with 315 votes in favour, coming mostly from the two historical European parties.

But the biggest issue is the changing of inter-institutional relations between the Parliament and the European Council. The politicisation of the President of the Commission spread preoccupation on the possibility that the higher institutional figure in the European Commission would act as an agent from the Parliament. Müller Gómez and Wessels (2016) put the emphasis on Jean-Claude Juncker’s conduct, as the ‘patient 0’ of the Spitzenkandidaten experiment: first of all, the internal reforms his Commission adopted, started a process of politicisation of an instead bureaucratic body in the EU system, by empowering the Vice-President.

Moreover, with regard to the decision making process, Juncker definitely gained the position of main stakeholder through hawkish interventions: the attempt of resolution to the refugee crisis and, overall, the drafting of a brand new investment plan in order to avoid the deepening of the economic crisis, the so called “Juncker plan”. Involving strategic partners (i.e. European Investment Bank), the President of the Commission overcame supra-national fragile political issues, while strengthening his role and definitely becoming an attractive position to all kind of figures in the 2019 election.

To make it clearer, just think of the actual scenario on the possible candidates. According to the recent developments, there’s the possibility of a fratricide war going on through the EPP as Alexander Stubb and Jyrki Katainen both aim to the role of Spitzenkandidaten for the European centre-right wing of the Parliament. They’re both two top profiles for the candidate position, as their political curricula clearly show; but the choice of the party will be inevitably driven by the political influence that one of them could exercise in the Council and the other can’t – at least at the same level – in order to see the Spitzenkandidaten procedure enacted again.

This given, the inter-institutional relations between European Council and Parliament have weakened and changed in an irreversible way, also considering repercussions on the position of strong members of the Council like Angela Merkel, who already was pivotal in 2014 for Juncker’s appointment, or like Emmanuel Macron will be in this sense. As I already said, the actual orientation of the European Council is likely to reject the possibility to re-enact the Spitzenkandidaten system again: most of the Head of the States expressed concern over the issue of manipulation of the Commission President. The liberal Prime Minister of Netherlands, Mark Rutte, said clearly that he’s contrary to the top candidate procedure mainly because of the EPP’s hegemony in the Parliament, which could ensure the position to the European Christian Democrats likely for years.

On the other hand, the relations between the Commission and the European Parliament have reached a historical peak thanks to the convergence of both on the lead candidate system. In February the Parliament voted, with 457 votes in favour, for three main changes to be applied to the inter-institutional pact between the two institutions, aiming to strengthen their position on the Spitzenkandidaten. The principal revision of the pact concerns the possibility for any Commissioner to run for the European elections and then eventually being appointed as top candidate for one of the Parliamentary group. Then, the urgency for enforcement on both sides by establishing the need for the Commission to inform the Parliament of all the measures adopted to ensure integrity and independence of the candidate, and the impossibility, for the candidate him/herself, to use any of the Commission’s human or material resource for electoral purposes during the campaign.

As it’s clear, the Commission and the Parliament literally broke the thin balance of inter-institutional power in the European Union, standing firmly on the same shore.

There is really no certainty on if and how the Spitzenkandidaten procedure could affect the EU political scenario ahead of the 2019 election: if the cleavage among the main institutions gets everyday deeper and deeper, at the same time more democracy and more transparency is what the voters claim and need.

It is no surprise that the constant rise of populist and euro-sceptic movements across Europe has ignited the debate over the legacy of the European Union institutions and their political accountability, since the main arguments for right and left populists were the re-gaining of the sovereignty of the Member States

In light of this new communicative style adopted widely, which is actually attracting huge masses of voters, the confirmation of appointed candidates for the Presidency of a non-majoritarian institution, able to campaign just like their national counterpart, could give a more critic and “national-like” dimension to the European elections.

Also, most of the supra-national issues the EU has to deal with (Visegrád group issue, international relations with China, Russia and so on) could receive more public and media attention, since the dimension of the 2019 elections could be reshaped as more popular and more friendly to a vaster portion of electorate.

All the European citizens should be feeling an implementation of democracy and transparency by “voting” directly for the Presidency of the Commission.

This, in consequence, will also favour agenda setting dynamics in order to prioritize certain policies and look to a brighter political future for the European Union.