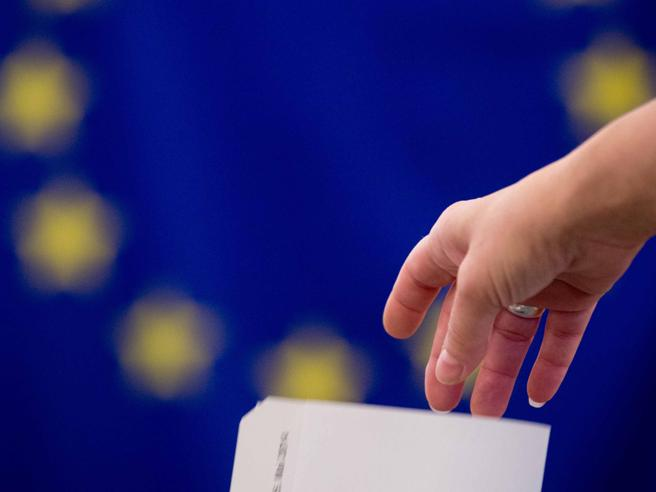 We are only 3 months away from possibly the most distorting European election we have ever seen. They will not only be the first ones in which the number of MEPs shrinks instead of increasing, but they may also be the elections that shape the European Parliament into a limping creature, with ever-growing parts openly and actively working to dismantle it from inside.

From the polls we gather that we are facing many changes, developments that may look irrelevant from the majority standpoint, but that are fundamentally significant if we look into the very meaning of the vote.

Through a general overview we can see how the two major groups will remain in their places, but not as firmly as they have in the previous years: the EPP is still in the lead with an expected 26% of votes which will grant it 183 MEPs, 34 less than the previous legislation; S&D, the second group in the Parliament is also set to register big losses, according to the polls the center left agglomerate will get 19% of the seats and 135 MEPs in contrast with the 186 Members that resulted from the 2014 elections. ALDE is the only mainstream group set to gain members instead of losing them, become the third biggest group in the Parliament with 11% of the seats. ECR on the other hand is losing its grip and is expected to only get 7% of the votes.

But the real surprises are happening on the other side of the European Parliament charts, a side that was often neglected and underestimated. Europe of Nations and Freedom (ENF), is expected to win over 8% of the Parliament, with a substantial increase of MEPs in comparison with 2014 (+18), making it the fourth biggest group in the Parliament. The biggest Gains for the ENF are coming from Italy, where Lega is currently in Government and with a rapidly increasing support: Matteo Salvini is also set to be the Spitzenkandidat for the group. But it was not long ago that the party leader wanted to appoint the openly and actively Eurosceptic Paolo Savona as Minister of economic affairs, calling for a referendum to leave the Eurozone. Europe of Freedom and Direct Democracy is also increasing to its presence in the Parliament to 6%, despite the absence of Farage’s UKIP.

Now, doing the math here we realize that if these were to actually be the percentages after May’s elections, the EPP and the Socialists will lose their absolute majority and will have to scramble for alliances in a not so Europhile Parliament.

What is significative about these results is that the forces who are gaining power within the Union are the ones who, not even very quietly, are trying to dismantle it. It is true, this topic and discussions are not new in the political arena, but this is the first time we are actually forced to face the situation as it is and in the most delicate of the arenas.

Acknowledging this delicate situation, we need to be looking at the candidates for the top job at the Union, that will be the ones trying to get the wheels turning. The Spitzenkandidaten for the two major political groups are far from unknown faces: the candidate as president of the Commission for the front-runner EPP is Manfred Weber, leader of the party in the Parliament. Weber started his campaign in mid-January, and it looks like he may get an easy win, at least according to the polls, but not an easy life. In fact, Juncker, a member of the very same party, has refused to publicly endorse his nomination in light of the links between Weber’s home party, the Christian Social Union and the Hungarian Prime Minister Viktor Orbàn. Moreover, the candidate for the Socialists is the number one opposer of Orbàn, Frans Timmermans, first Vice President of the incumbent Commission, who is using the Hungarian Prime Minister as a boogieman for the voters: at the national convention of the Italian Democratic Party he warned against a vote to the center right that, as he said, could bring to a coalition with the far right using Fidesz as a bridge.

However, given that the Spitzenkandidat is more a promise than a rule, we may as well end up with an unexpected and even more unelected President. ALDE for example is putting out a long list of candidates instead of only one, encouraging the European Council not to base its choice only on the result of the votes.

We are not yet in the hot months of the campaign, but it looks like voters already have much of a show to enjoy. Given how much power and seats the far right is gaining, taking the less democratic route would all but profit the Eurosceptics: leaving the power to choose the candidate completely to the European Council, without any sort of link to the majority, would weaken the role of the elected Parliament as the place where decisions are made. But at the same time a real political debate in the European arena may be exactly what we need to make Union politics feel concrete and meaningful to the citizens. Let this alarming polls be the waking hour for mainstream politicians in Europe to stop considering the Union as an untouchable and unattackable being, and start actively working to dispel those ideologies and beliefs they thought would never get into the Parliament but are now knocking at the door.