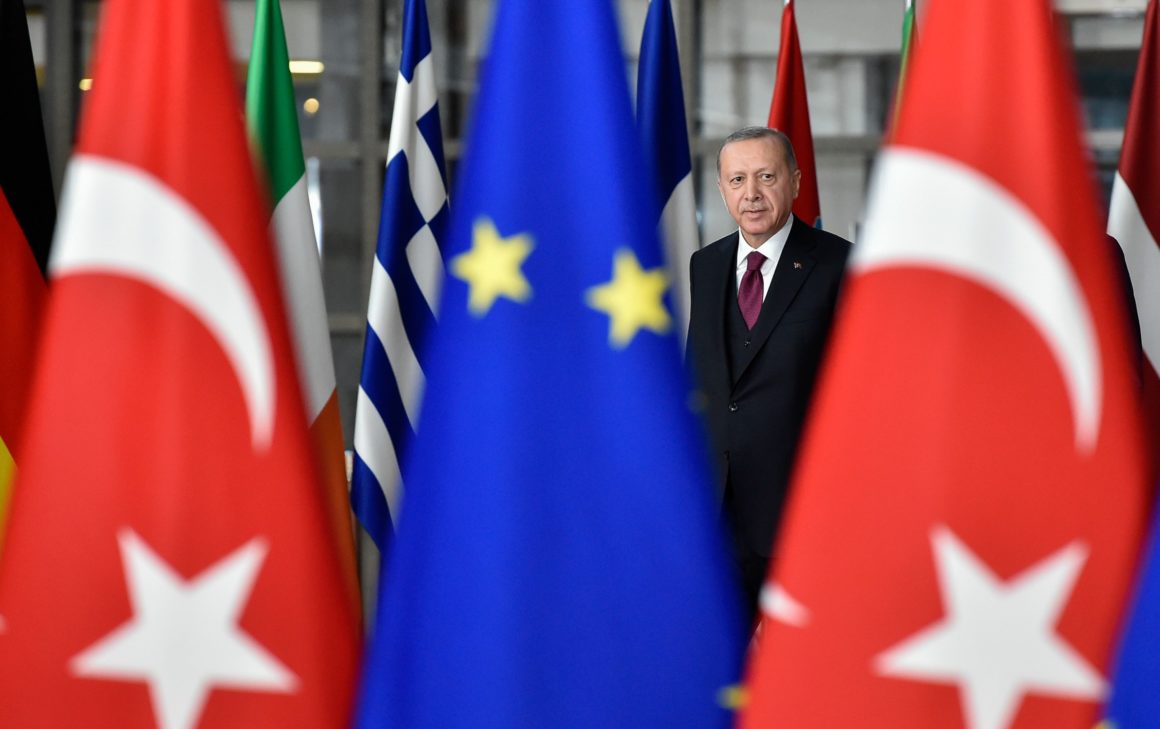 By Stefano Filipuzzi and Emre Sonmez

It has now been more than 30 years since Turkey first applied for EEC membership. If some welcomed the perspective of a Turkish entry into the European family with much enthusiasm, others received it with more skepticism. Over the years, however, misunderstandings multiplied and mutual trust faded, which brought to a de facto abandonment of this ambitious project, to the point that the very same Council was not afraid to state, in June 2018, that the negotiations with Ankara are “effectively frozen.” 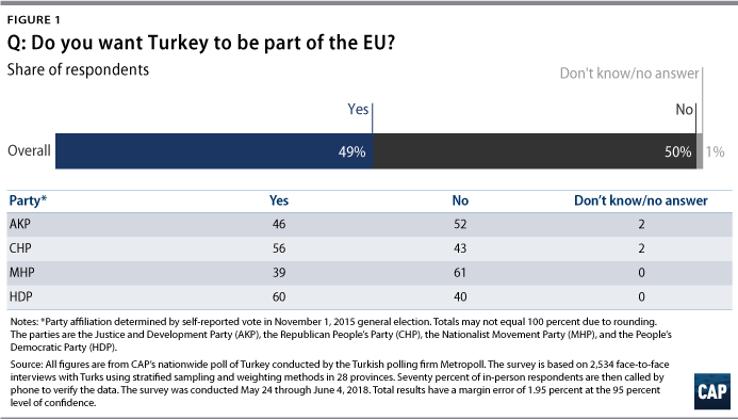 In analyzing the reasons that led to this progressive detachment between the EU and Turkey, people tend to highlight only Europe’s perspective. More uncommon, instead, is to consider Turkish public opinion and attitudes towards the Union. By carrying out such analysis, the emerging reality reveals a highly polarised society on the issue. Thus, this division goes beyond political party lines 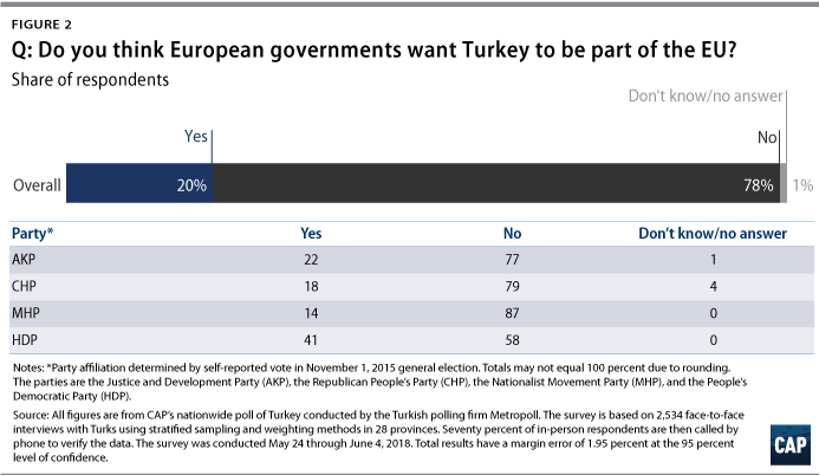 This polarisation recalls a broader cleavage that runs deep through Turkish domestic politics. The most religious and conservative people firmly oppose the pursuit of stronger ties with Europe. By contrast, the most secularised and progressive segments of society believe that the EU membership could be positive from all perspectives (especially in economics, democracy, and human rights promotion). Nonetheless, only 20% of the Turkish population is confident that this process will be completed, according to a 2018 survey.

Turkish public opinion’s mistrust towards the EU also emerges clearly through a historical analysis of the headlines of the country’s principal newspapers. 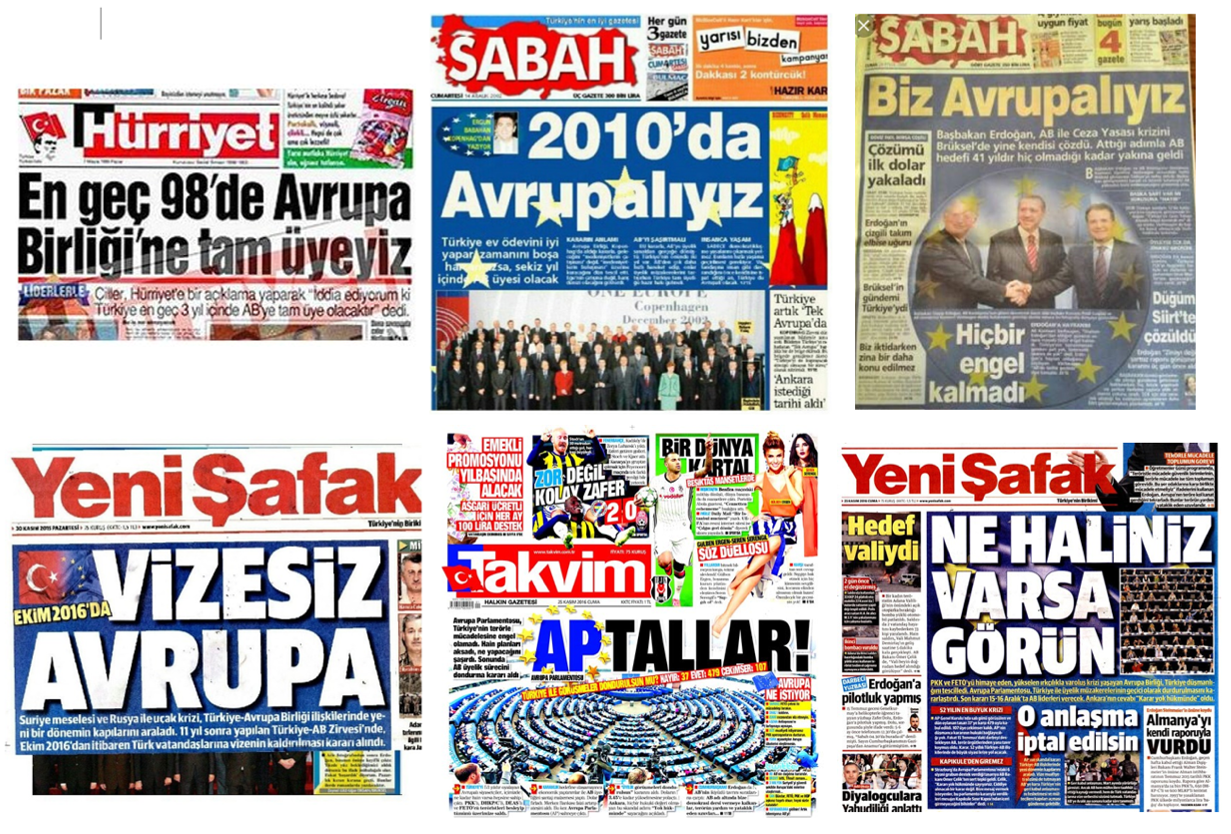 Of course, the underlying reasons behind this stiffening are countless. However, we wanted to shed light on three reasons, which, from our point of view, will make Turkey give up on the idea of joining the European Union – if it has not done so already.

The first reason behind Turkish society’s hostile position vis-à-vis the EU is the “rising nationalist sentiment.” The nationalist logic is nourished by the image of a weak EU that constantly seems on the verge of breaking up. The recent crises the EU has been a victim of have certainly contributed to conveying this idea. More specifically, the management of the Greek economic crisis frightened many segments of Turkish society. They ended up believing that a possible adoption of the euro would be detrimental to the national economy. Also, economically speaking, Turkey finds itself in a better position compared to the Union. This stance, not supported by facts, can be summed up in the catchphrase “EU needs Turkey more than Turkey needs EU,” which the Turkish President Recep Tayyip Erdoğan himself popularised. In the same way, the UK’s departure is often brought up as an example to prove that the EU is a bound-to-collapse organization, hence the necessity to look for more valid alternatives. 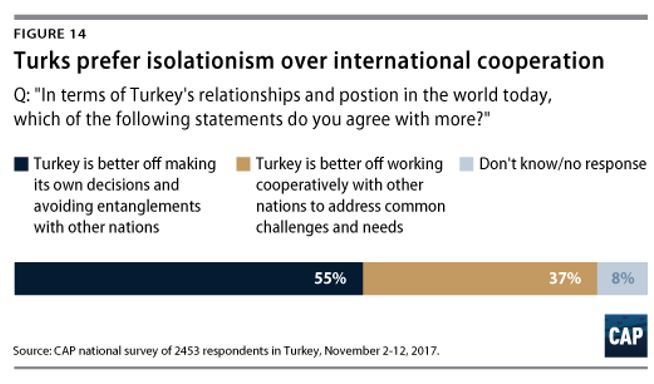 This is all the more true if one considers that many Turks are proud of their century-old heritage. Because of this, they do not look kindly on the fact that, once part of the EU, they would need to compromise with other countries on a multitude of issues. Indeed, what they consider as a breach of the principle of national sovereignty becomes even more unjustified. This is because most EU member states have an economic, demographic, and military power inferior to Turkey’s. All these reasons enhance the belief that Turkey could prosper well outside the Union.

The religious element is probably the “unspoken” hurdle that most holds the Turkish accession process back. In this respect, European dithering over Turkey has certainly convinced many that the EU is a sort of Christian nations club. Thus, it contributed to making a large part of the Turkish electorate lose faith in a positive outcome of this process.

However, the analogy between Europe and Christianity has also been exploited domestically. It has been used as a tool to create an external enemy and, hence, to consolidate the government’s legitimacy. It is not by chance that Turkish President Erdoğan took advantage of this fundamental European hypocrisy regarding religion by openly claiming that “there is only one reason why Europe does not accept Turkey: it is because we are Muslims.”

Erdoğan’s words are part of a broader discourse that entails the rediscovery of Islam as a unifying element of the Turkish nation. Even though Turkey is formally a secular country, the government party (AKP) manifested an attitude of hostility towards secularism, which is mirrored in an infinite number of behaviors that aim at turning Turkey into the leader of the Islamic world. One clear example of this is a declaration of the President of the Turkish Parliament, Ismaïl Kahraman, who, in 2016, explicitly claimed the need for a religious constitution. 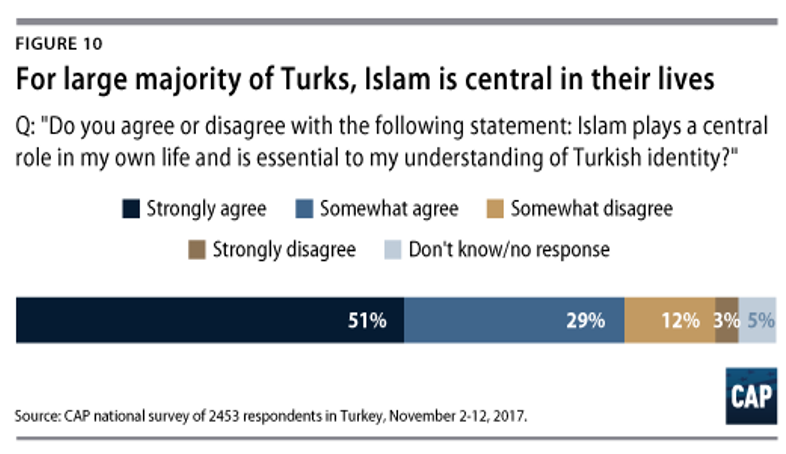 It seems evident that the climate of ideological opposition against Europe that the party in power is creating for the sole purpose of domestic consensus is at odds with the climate of cooperation that should instead prevail when a country is about to join a political union of brother nations.

The third aspect refers to an ideological movement that promotes ever-closer cooperation amongst Central Asian republics, which may eventually lead to the unification of such countries. By so doing, the project of a Turan Union would stand in opposition to the EU’s. Albeit mostly supported by nationalist fringes (MHP), Turanism has the merit of clearly showing that the emotional connection of some Turks lies more with Turkic peoples than with Europeans.

Though pan-Turkic aspirations are shared only by a minority of Turks, the argument still stands, in the sense that even those who are in favor of closer ties with Europe are not really animated by a will to be culturally part of it. Rather, the general opinion is that Turkey belongs neither to the East nor to the West and that, consequently, it should fully embrace this two-fold identity without necessarily having to elevate one aspect above the other.

A process bound to fall from the beginning

To conclude, Turkey will never join the EU because to do so. It would need to undermine three elements – the idea of the nation, the relevance of religion, and the emotional ties with other Turkic peoples – that make up the backbone of Turkish identity. Joining such a union would therefore require a radical rethinking of the very same Turks’ national consciousness. The latter is a far more complex thing to do than just implementing some political and economic reforms. By taking a look at current events, the insults to the German, Dutch and French authorities, the exploitation of migrant flows, or the more recent institutional rudeness to the President of the European Commission all confirm that the objective of EU membership is nowhere in sight for Turkey.

…To find out more

What do you think about Turkey’s EU membership?

0.00-0.15 I’m not a fan of joining the EU. I think Europe, in particular, is not protecting human rights. I don’t think that it’s going to help us.
0.16-0.36 I see that Europe is trying to force us too hard. I see that Europe is hostile to Tayyip Erdogan. They are trying to put Turkey in a difficult position economically, but I support Erdogan… and the people are also behind our leader.
0.37-0.50 I think both sides need to follow a more middle-of-the-road approach with each other… both the EU and the President of Turkey. But I believe that broken relations can be improved if both sides make sacrifices.
0.51-1.14 For many years, Turkey has been treated as a stepson. They kept stalling and using tactics. For example, they did not give the money they had promised, even for immigrants. In addition, Turkey is a country that has always been criticized. I think it is better if it doesn’t join.
1.15-1.29 They won’t accept us. We’ll wait at the door, but they won’t take us in… because we are a Muslim country.
1.30-1.47 Where I am in Europe! The European side of Turkey. Of course, our expectation is a free country, freer people, better life. It’s a good thing that our president is meeting with EU leaders.
1.48-2.00 I don’t think we need to join the European Union. I just want the visa problems to be fixed.