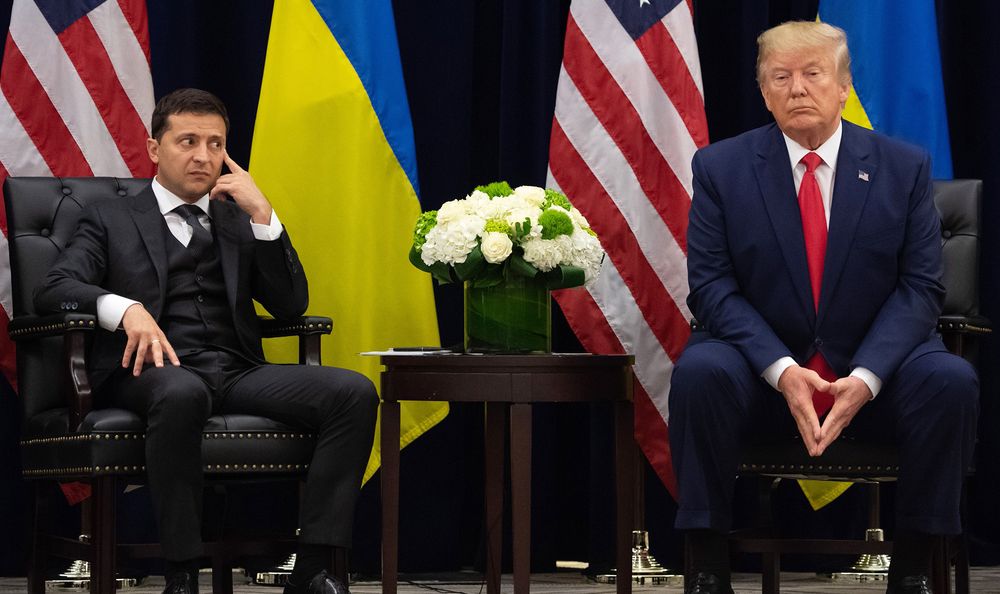 President Donald Trump is facing impeachment trial by the US Congress, beginning November 13 2019. The accusations are of trading US aid (about 400 million dollars in military aid) and a meeting in the White House for the newly elected Ukrainian President Zelensky in return of information regarding Joe Biden’s son, Hunter, who is part of the board of the major Cypriot gas company, Burisma, which has been very active in the business in Ukraine since 2002[1].

Moreover, for the first time in US history, the Congress hearings will be public and transmitted live on television. The first hearings saw Ambassadors Bill Taylor, Marie Yovanovitch (the actual and former US Ambassadors in Kiev), and George Kent (vice-secretary of State). What has been heard during the first days of hearings was that the three witnesses were worried about the interference that government officials had, in particular Rudy Giuliani (former Mayor of New York City in the years of the 9/11 terrorist attack, and actual personal lawyer to President Trump), in trying to find accusations towards Ukraine regarding possible electoral interferences in the 2016 Presidential elections and to incriminate the Bidens during Joe’s primaries campaign for the Presidential elections in 2020[2].

In particular, Ambassador Taylor referred that according to a recount made by one of his staff members in Kiev, David Holmes[3], who heard about a conversation between President Trump and Ambassador Gordon D. Sundland (US Ambassador to the EU and Trump donor[4]) which apparently said that the President was more interested about Hunter Biden’s incrimination more than Ukraine itself[5]: during Ambassador Sondland hearing on November 20th, he admitted that there has been an actual quid pro quo between the US and Ukrainian administrations: “He had to announce the investigations. He didn’t actually have to do them, as I understood it”[6]. According to Mr. Kent the investigation “were now infecting U.S. engagement with Ukraine, leveraging President Zelensky’s desire for a White House meeting”[7].

Even though the Democrats members of the Intelligence Commission were all in favor of the possibility to impeach President Trump, the Republican members of the Commission were as if upset up until Representative John Radcliffe of Texas was hoping that someone could “shout [the impeachment] out”[8], knowing that the accusations are only alleged and that these hearings are only a political attack against the President.

What were the President’s reactions to the hearings? Mr. Trump was expecting a daylong visit from Turkish President Recep Erdogan and during the afternoon press conference he defined the hearings as a “witch hunt… This is a sham and shouldn’t be allowed.  It was a situation that was caused by people that shouldn’t have allowed it to happen. I want to find out who is the whistleblower”[9].

The Chairman of the Intelligence Commission, Mr. Adam Schiff, brought to the Judiciary Committee a report of three hundred pages with which such Committee held two weeks of hearing, in the beginning of December, in which the Democrats belonging to House of Representatives, holding the majority, have decreed the accusation of President Trump of abuse of power and obstruction to the work of the Congress[10]. It is expected that the House will vote to impeach President Trump before Christmas day (most likely on December 12th)[11].