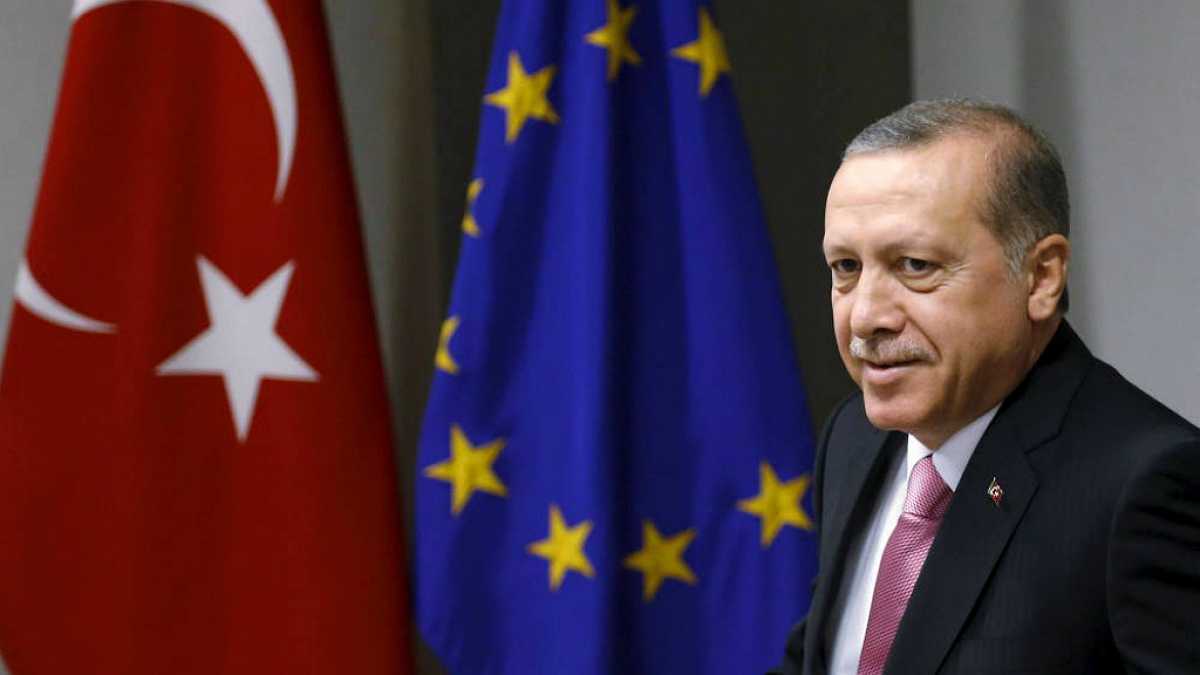 By Leonardo Morici and Davide Onofri

The Union is founded on the values of respect for human dignity, freedom, democracy, equality, the rule of law and respect for human rights, including the rights of persons belonging to minorities. These values are common to the Member States in a society in which pluralism, non-discrimination, tolerance, justice, solidarity and equality between women and men prevail.

Turkey applied for membership in the European Economic Community in 1987, thus starting its odyssey toward the European integration process. In 1999 it was declared a candidate Country. Negotiations were opened in 2005, eighteen years after Turkey’s application. Nevertheless, during this process, due to the decay of the rule of law in the country – just recall the controversial July 2016 attempted coup – “the General Affairs Council decided in June 2018 that accession negotiations with Turkey are effectively frozen”. We are aware that the iter of joining the EU can be very lengthy and full of obstacles, however, more than three decades have passed to reach a deadlock. Below, show you our view of some recent reasons for the failure of the accession process.

Given Article 49 TEU “any European State which respects the values referred to in Article 2 and is committed to promoting them may apply to become a member of the Union” multiple cleavages are manifest.

In Turkey, the freedom of thought and expression is far from being respected. After the 2016 proclamation of the state of emergency the country’s situation in this field is even worse than before. In recent years, the Executive strengthened control of online sources of news and information. A new law requires big platforms, such as Facebook, to remove content within 48 hours if so ordered. Lawbreakers will face considerable sanctions. Furthermore, many journalists have been jailed and silenced. The journalism lost its independence and its free soul, as Freedom House has reported the arrest of journalists “occur regularly”. In December 2020 thirty-seven journalists were imprisoned due to their reports on Turkey’s military operation in Libya or their concerns on the government response to the Covid-19 crisis.

Civil society does not enjoy better treatment in Turkey. During the last year, hundreds of people have been jailed just for their social media posts – which is something unbelievable! It is far from difficult to imagine that an atmosphere of censorship is growing day by day. The former leader of HDP, Mr. Demirtaş, was sentenced to four years and eight months for a 2013 speech. The European Court of Human Rights ruled that there has been a violation of human rights, that his arrest had political reasons, and so ordered his immediate release. Nevertheless, this has not produced any particular results and he remained in jail.

But what about academic freedom? Since 2018, Mr. Erdoğan has the power to appoint rectors at both public and private universities. In this manner the government can nip in the bud any attempt of academic research on uncomfortable topics, moreover “political pressure has encouraged self-censorship among many scholars” – according to Freedom House. As a result, anyone who attempts to point out the government’s troubles must face arrest and prosecution.

Another sensitive topic regards minorities. For instance, the LGBT community suffers discrimination; these people are politically marginalized, their freedom of assembly is jeopardized. The emblematic Istanbul’s pride parade has been banned for five years in a row. Those who did not respect the restriction and marched anyway have been punished with tear gas and rubber bullets. Recently the Turkish interior minister asserted that: “LGBT perverts who insulted the Great Kaaba”. President Erdoğan specified that there was “no such thing” as LGBT in a “moral” country such as Turkey and he has affirmed that the protester was “terrorists”. 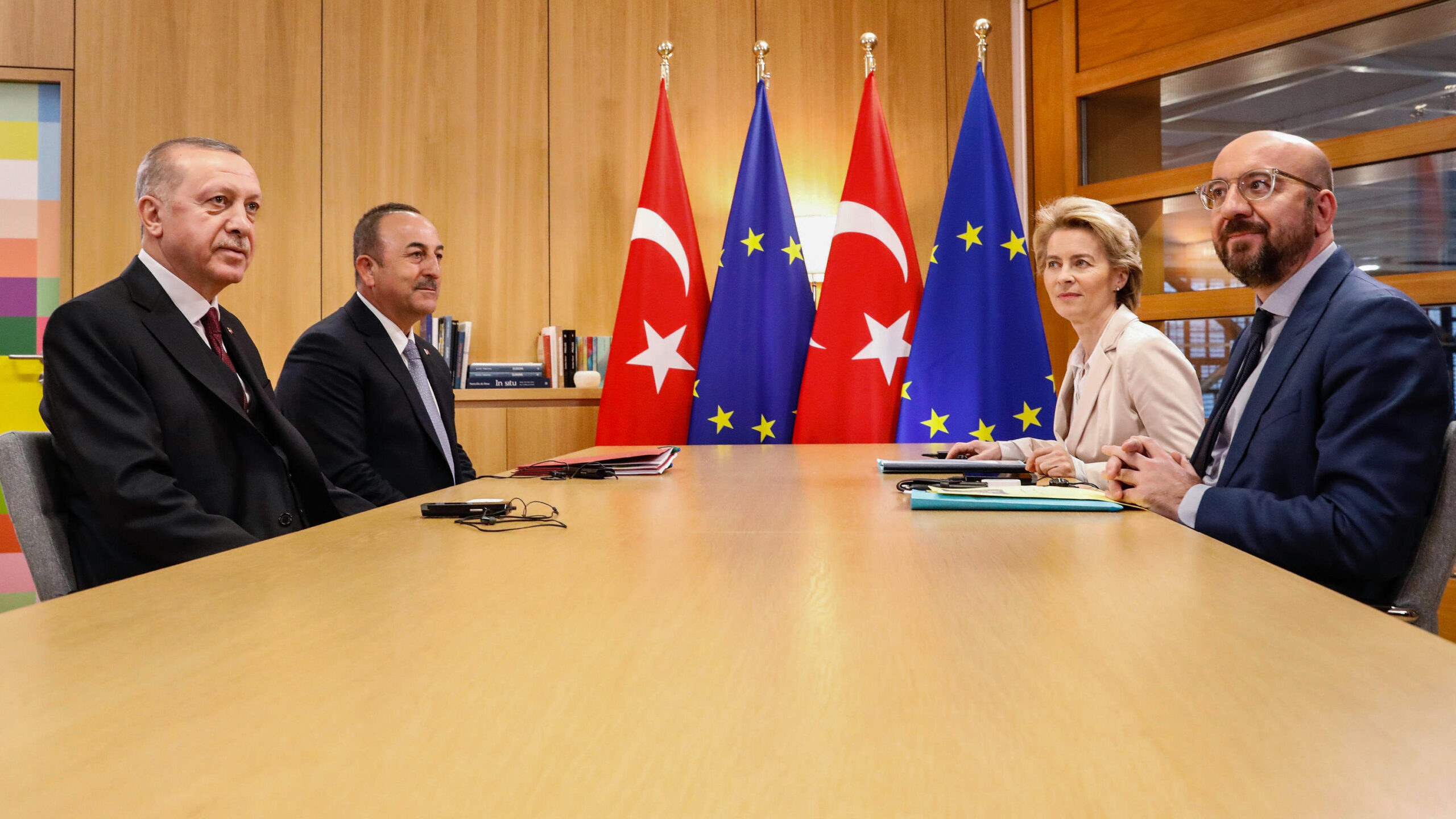 Another essential value on which the European Union is built is the rule of law. The increasing centralization of power in Erdoğan’s hands is something incompatible with the rule of law. The Constitutional reform approved in 2017 established a new presidential, which has eliminated the role of the PM extending the power of the President – now in control of all executive functions. Erdoğan has the prerogative of the ruling by decree, and the possibility of the parliament to give a check on his rule is, de facto, deeply limited.

To make matters worse, the judges are appointed by the Turkish President and Parliament, rather than by the judiciary body. In the aftermath of the attempted 2016 coup d’état “More than 4,200 judges and prosecutors were removed” in exchange for “thousands of loyalist judges“. The independence of the Judicial power is no more guaranteed, thus the principle of separation of powers, the founding pillar of the rule of law, is smashed.

“It is agreed on all sides, that the powers properly belonging to one of the departments ought not to be directly and completely administered by either of the other departments. It is equally evident, that none of them ought to possess, directly or indirectly, an overruling influence over the others (…)”.

James Madison, The Federalist Papers No.48

In the last years, the guarantees of the due process have significantly deteriorated. For instance, fair treatment and evidentiary standards are remarkably weak regarding terrorism charges. In several cases, the pretrial detention is extremely length – up to seven years. In mid-2020, more than 130,000 people were under judicial inquiry for terrorism, according to official data. Frequently lawyers who defend those blamed for terrorism have in turn suffered arrest. Who knows whether the lawyer’s lawyer will have to face the same fate or not.

In the light of what has been said, can a State like today’s Turkey be a member of the European Union?