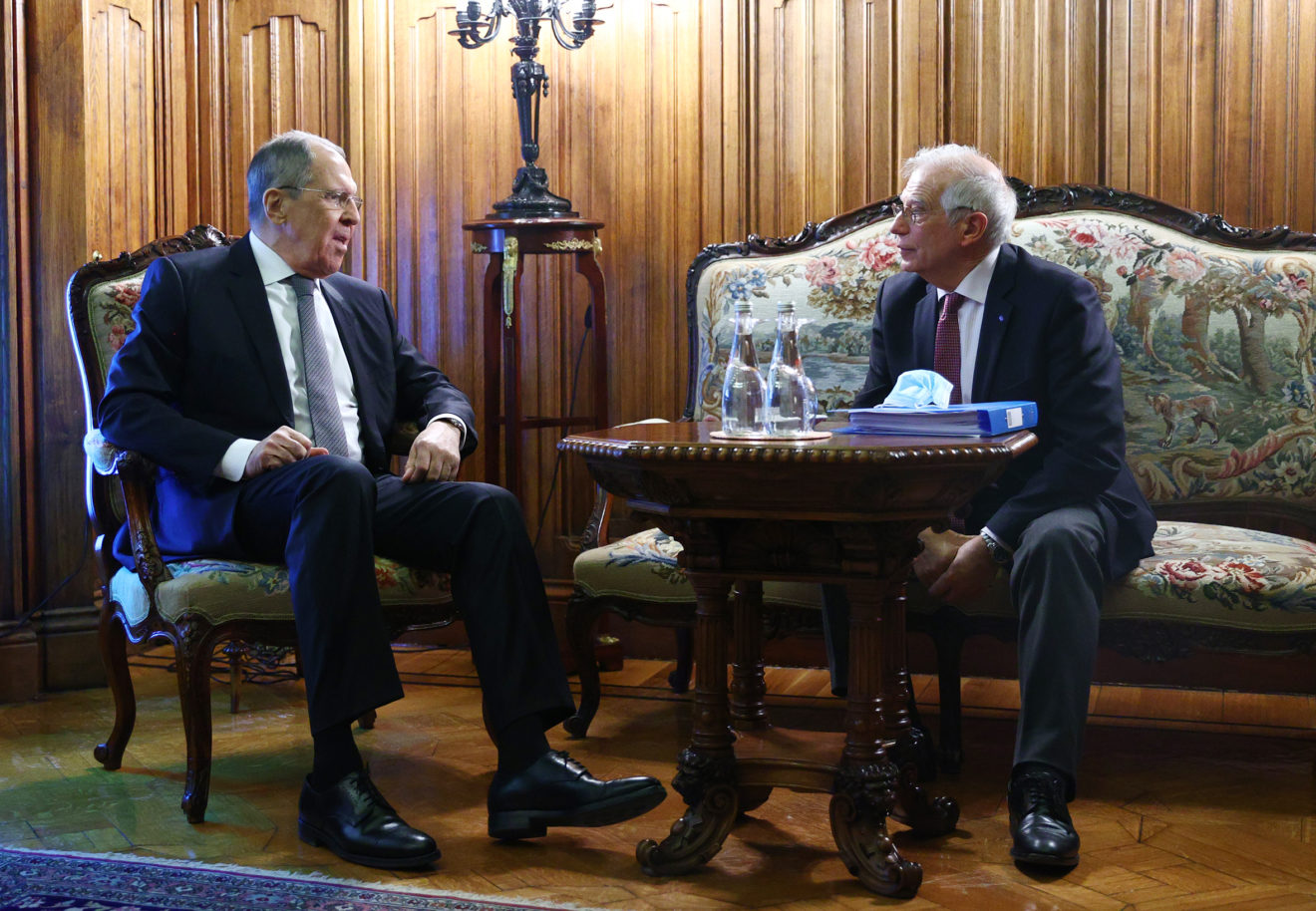 Human rights, freedom, and democracy are among the EU’s core values. Not only are they honored across the Union, but one of the latter’s objectives  is also to promote them abroad. However, the question often arises whether the EU is doing enough to defend and advocate for these principles. Unfortunately, too many times we have seen the EU turning a blind eye on blatant violations of these values so as not to jeopardise its own geopolitical and economic interests.

And as the past months have proved, the EU’s voice is not taken seriously by the violators. Needless to say, internal frictions and the inability of 27 different countries to promptly come up with a unanimous response further undermine the integrity of the Union, as is abundantly proved by the recent developments in the Navalny’s case.

In August 2020, the opposition leader and most prominent Putin’s critic, Alexej Navalny, was hospitalised in serious conditions in Omsk, Russia, for suspected poisoning. Two days later, he was transferred to the Charité hospital in Berlin, where he spent five months until he recovered.
Meanwhile, an independent investigation was conducted, and the results, announced by the German Chancellor Merkel, proved that Navalny was poisoned with the nerve agent Novichok. She called the case an “attempted murder” and added that it raised “very serious questions that only the Russian government can answer — and must answer.”  This was later confirmed during a set-up phone call (conducted by Navalny himself) with a Russian FSB agent who was tricked into revealing all the details of Navalny’s poisoning (see the full story here: https://www.youtube.com/watch?v=ibqiet6Bg38).

Following that, after Navalny returned from Germany to Moscow, he was immediately arrested. Shortly after, in early February, he was sentenced to two years and eight months in prison for violating the terms of his probation. Navalny argued that the trial only serves the purpose of intimidating the public: “This is how it works — they imprison one man, as a means to intimidate millions of people”.

That, however, was not the case. Navalny’s arrest and imprisonment have sparked a massive wave of protests across Russia’s 11 time zones. Tens of thousands were met with a brutal response by law enforcers that detained about 11,000 people, many of whom were fined or given jail terms ranging from seven to 15 days.

On March 2nd, as a response to Navalny’s imprisonment and to the violent repressions against peaceful protesters, the EU announced new sanctions on four senior Russian officials considered to be “responsible for serious human rights violations in Russia.” These were the first sanctions imposed under the new EU Global Human Rights Sanctions Regime framework that was established by the end of 2020. This new regime allows the EU to target individuals in a way that is distinct from the Union’s wider strategy toward their country of origin. This should make it easier for the Union to take targeted action against people who violate human rights.
However, many critics argue that the sanctions will be ineffective, just as the previous have been. Süddeutsche Zeitung observes that “Russia has been over-sanctioned to the point of ineffectiveness” and that the country “is now showing the world how to become immune to sanctions.” Even Navalny’s team and supporters pointed out that imposing sanctions on the four officials will do little harm to Putin’s regime. They argued that it was the powerful oligarchs around him that were supposed to be sanctioned instead. Yet, this is problematic because even with the new sanction regime, the EU can only target individuals that can be directly connected with human rights violations. 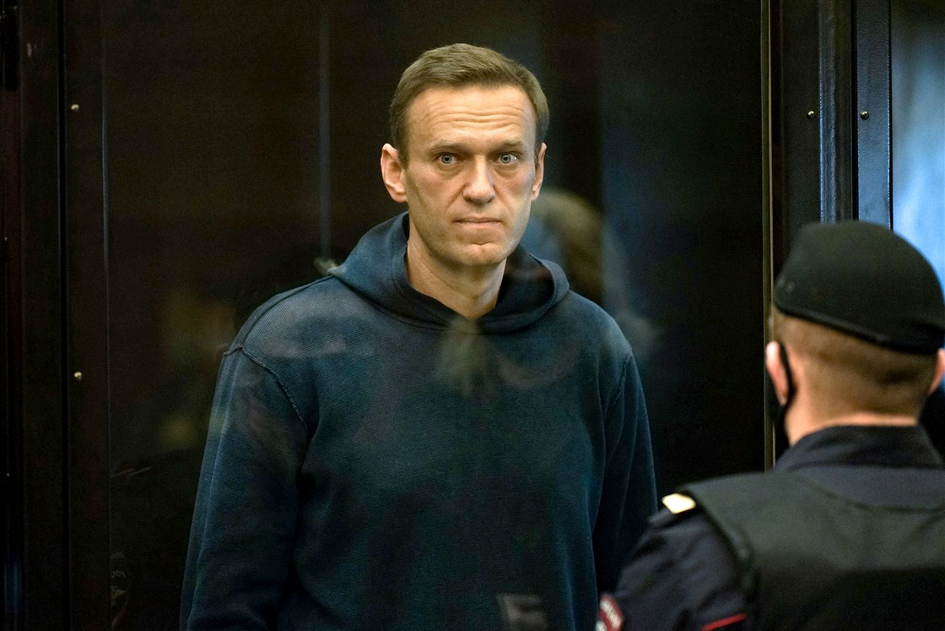 Another factor that is weakening the EU’s position is the lack of unanimous agreement between the member countries on how to deal with Russia. The recent comment by one the EU’s closest allies, US President Joe Biden, who called Putin a “killer”, definitely did not help. On the one hand are the Baltic republics and some Eastern member states, traditionally in favor of a tougher response. On the other hand, some of the Western countries, and especially France’s Macron, argue that it is necessary to maintain an open dialogue with Russia in order to tackle some of the most salient issues.

Another country that has even more vital interests in maintaining cooperation with Russia is Germany. Even though it condemned Alexei Navalny’s imprisonment and repression of the protests, Berlin is keeping on with the construction of the undersea gas pipeline Nord Stream 2. Critics hold that this will only make the EU even more energy-dependent on Russia.

On the same line, the Biden administration warns that it will provide Putin a very strong tool to exert his influence over the whole continent, and therefore pose a serious security threat. And as many point out, the EU is already much dependent on Russian natural resources. Almost two-thirds of oil and more than 40% of natural gas imports come from Russia.  As La Vanguardia points out, “If Moscow decides to turn off the tap, Europe would have a serious problem.” As a matter of fact, Putin is very well aware of this.

The visit of HR/VP Joseph Borrell in Moscow, which preceded imposition of the latest sanctions, was a clear example of that. Many member states had opposed the trip from the very beginning, but probably nobody expected such an outcome.  Observers talk about a complete disaster, a defeat, even a humiliation for Borrell from Russia’s foreign minister Sergey Lavrov. Lavrov accused EU leaders of lying about the poisoning of Navalny and called the Union an “unreliable partner”.

On top of that, Russia expelled three EU diplomats (one each from Germany, Sweden, and Poland) for allegedly attending demonstrations in Navalny’s support. Borrell learned this from Twitter right after the press conference, and when he demanded an explanation and a reversal of the decision, he obtained neither. It is essential to point out that those protests took place two weeks before Borrell’s visit, but yet Russia’s diplomacy had decided to make the announcement on the day when Borrell was in town. The message could not be more explicit: Russia is not going to take lectures on human rights from anyone, and surely not by the EU.

What is wrong with EU?

As a consequence of the above, it is clear that the EU has a severe problem on how to deal with Russia and its human rights violations. Firstly, there is no unanimous opinion among the member states on how to tackle this issue, which undermines the Union’s strength and credibility. The latest meeting of the European Council again proved that. A discussion about Navalny’s case was supposed to take place, but was rescheduled instead for the following month.
Secondly, EU diplomacy has shown its incapacity to stand by the former’s interests, putting the Union in a weak position. Lastly, the most persistent problem is the significant energy dependency on Russian natural resources, which seems to be intensifying in the future due to the new Nord Stream 2.
Therefore, we can hardly expect Russia to start taking the EU seriously and regarding it as an equal partner for the foreseeable future.