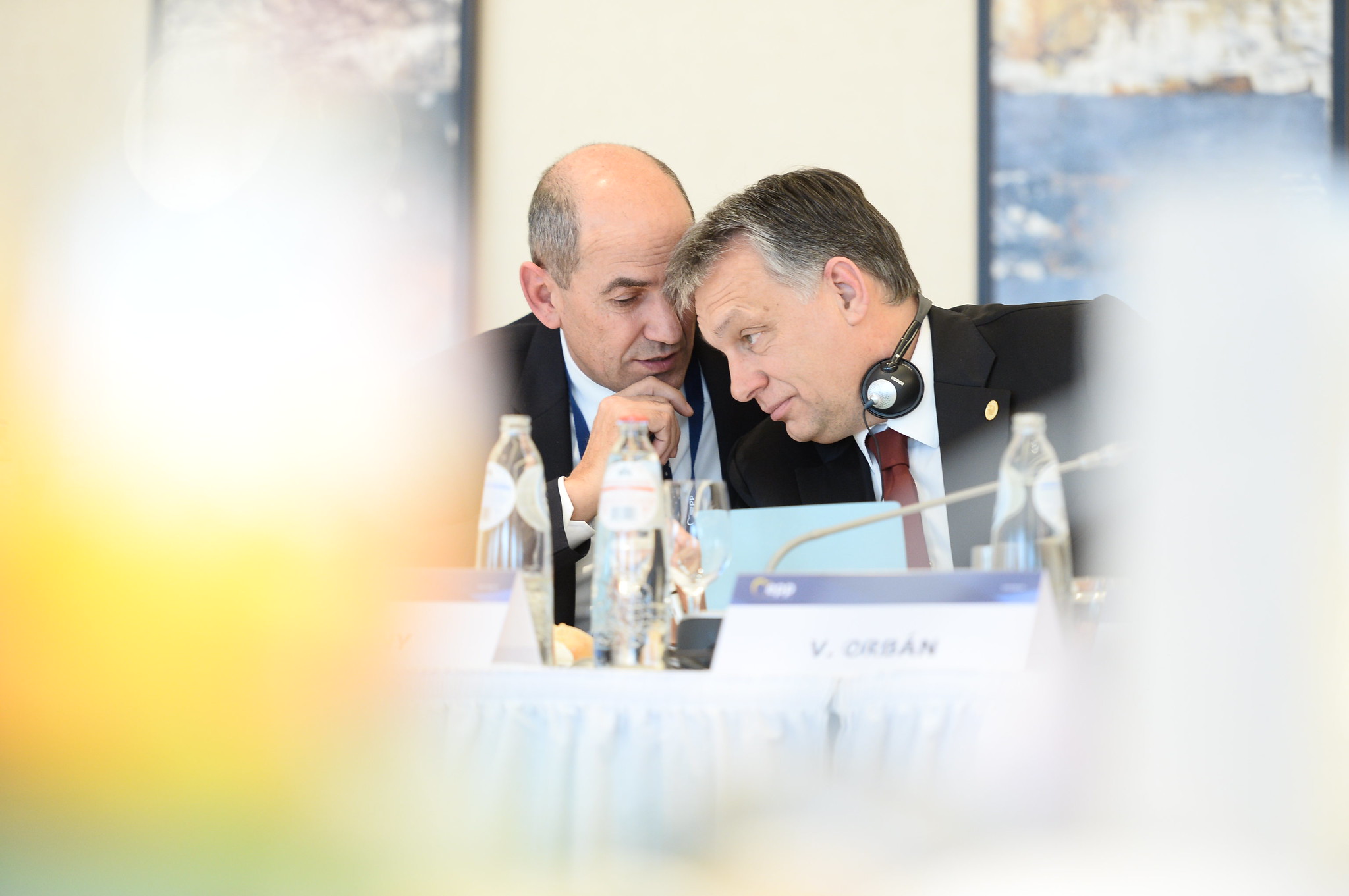 By Arianna Casasola and Klarisa Stafa

Since mid-April, a leaked document circulating under the name of “non-paper” has raised concerns among stakeholders in the Western Balkan area. On 15th April, the Slovenian journal necenzurirano.si published a document that outlines a possible redrawing of the borders of many Western Balkan states, reporting rumours that the author of the non-paper might be Slovenian Prime Minister Janez Janša. The paper delineates a scenario whereby: Kosovo would join Albania, the Bosnian Republika Srpska would be annexed to Serbia, and the Croat-populated portion of Bosnia and Herzegovina would be incorporated into Croatia. Even though the countries’ leaders immediately took a public stance and distanced themselves from the paper’s content, the EU did not release any declaration on the event. EU’s inaction is yet another example of the stagnation of the European policy in the Balkan area, which could produce a slowdown in the integration process of these countries in the EU. What is the state of the art of the EU enlargement policy in the area? How might the publication of this document affect the already compromised enlargement policy in the region?

The eternal difficulties of the Eastern enlargement

The current situation differed significantly from 1993 when the Copenhagen Criteria were established, and the new Maastricht European Union opened its doors to the former Communist European countries. After that, eleven Central-Eastern European countries joined the EU in three enlargement rounds: the first one was in 2004, the second one was in 2007, and the last one in 2013. Since then, when Croatia joined the European Union, no other state completed the accession process. Multiple Balkan states have applied for EU membership, North Macedonia applied in 2004, followed by Montenegro in 2008, Serbia and Albania in 2009, and only in 2016 Bosnia and Herzegovina. Negotiations have moved forward at a different pace, but none of them has even gotten close to concluding the accession process. Serbia and Montenegro were concerned. Serbia was formally granted the EU candidate status in March 2012, while Montenegro in 2010. The European Union started the accession negotiations with both countries, which are still underway. As previously mentioned, Bosnia and Herzegovina has applied for EU membership in February 2016 but have still not been awarded the candidate status. The Council decided to open accession negotiations with both Albania and North Macedonia in March 2020. Even though North Macedonia applied in 2004, was granted candidate status in 2005, and the Commission has been recommending since 2009 to open accession negotiations with it, it took the Council 16 years to reach unanimity to open the accession negotiations. As far as one can see, it seems that not only has the process significantly decelerated, but its direction might be shifting as well, as the decision of the United Kingdom to leave the European Union witnesses.
Moreover, one of the points that are often raised when discussing the enlargement process is that the Copenhagen Criteria were only formally fulfilled during the last few enlargement rounds and did not lead to significant changes on a more substantial level. Indeed, space was left for potential cases of democratic backsliding: one might think about the problems concerning the respect of the Rule of Law in Poland and Hungary, which had a double effect on the Member States and the Balkan behaviour States. On the one hand, Member States have become more and more sceptical towards a possible further enlargement of the EU. On the other, the necessity to reinforce accession criteria has discouraged the potential new members from undertaking the required reforms necessary to open accession discussions as the process becomes more complex and more protracted. This has also negatively influenced public opinion in these countries. 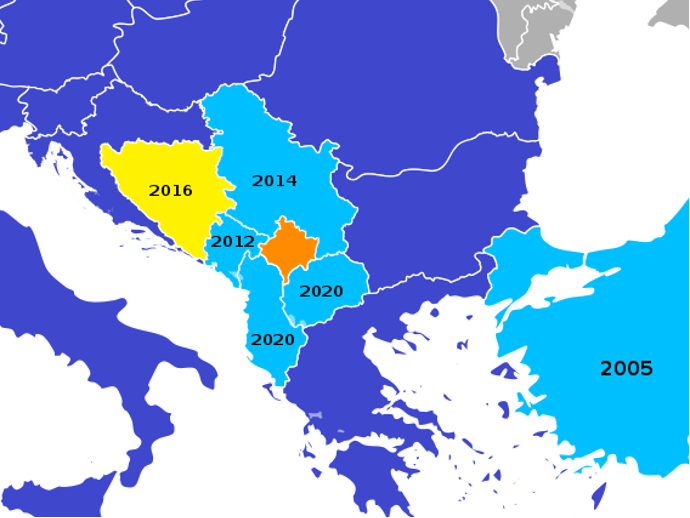 In order to reverse this tendency, several European member states have launched some initiatives, such as the Berlin Process, to revitalize the enlargement. This initiative, launched by Chancellor Angela Merkel in 2014, brought together 7 EU member states and 6 Western Balkan countries to contribute to regional cooperation, investments in infrastructures, and implementing reforms in the region. Opinions on the actual effects of the Berlin Process on the European enlargement policy diverge. However, experts agree on the importance of the role it played to bring the debate back to the table. In any case, the Berlin Process does not stem from the action of the European Union as a whole but is the result of the concerted effort of only a few member states.
Further purely EU attempts of bringing attention again to the Western Balkan enlargement have been made during the Croatian Presidency of the Council, which as such brought the issue to the top of the EU agenda. Besides this, the Commission also made an attempt, which presented in February 2020 a proposal for a new European enlargement strategy. Nonetheless, this proposal could not overturn the long-term process of disengagement between Brussels and the region. Despite this sort of initiative, the process has remained relatively static over the years. Moreover, the examples of Albania and North Macedonia prove once again the stagnation of the process. Both countries faced the effects of the. Although the reasons adduced for these vetoes were multiple and different, they all witnessed the lack of a homogenous perspective upon the subject between the Commission and the European Council. They lost credibility of a definite possibility to join the European Union for the Balkan countries.

To conclude, the EU enlargement process in the Western Balkans proceeds slowly. In addition, the process is hindered both by the current member states and by the potential new Balkan members. These delays in completing the process may affect the integration plans and risk leaving a gap that Russia and China could potentially fill in. This concern is not even particularly abstract, and the management of the pandemic is only further proof of this. The Balkan countries, feeling neglected by the European Union, began to turn to the Eastern Superpowers. Furthermore, what for now appears to be an impasse may translate into a setback during the next Presidency of the Council, which Slovenia will hold. The surfacing of the “non-paper” raises concerns about the possible new scenarios that might unravel in an already fragile area that might undermine decades of European efforts toward integration and stabilization.