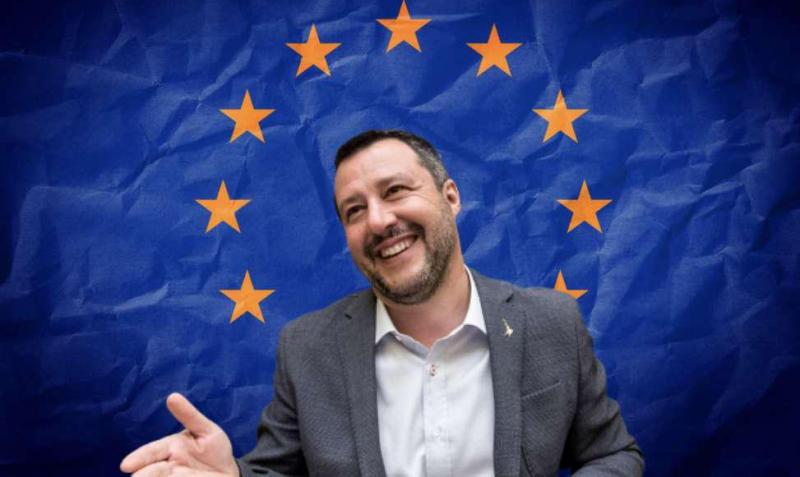 To address the 1973 energy crisis, American President Richard Nixon felt compelled to introduce wage and price controls. At that moment, according to William Safire – one of the presidential speechwriters – Secretary of Treasury John Connally warned the President that he would be accused of flip-flopping by public opinion. Nixon’s response was “circumstances change”.

This example shows how, depending on the circumstances and events, politicians are used to changing their minds. Most of the time changes are undetectable, but sometimes they can be astounding. This is even more true for the attitudes of political parties towards European integration. As though they were having dinner at a restaurant, parties freely pick from the “European menu” – which is full of options – the best suitable choice according to their belief system, political agenda, and public opinion’s moods. In this context, it seems that Italy’s historically right-wing Northern League saw an opportunity to exploit the growing worries generated by the severe effects of the current pandemic to turn its traditional radical narrative into a moderate one.

Over the years, its firebrand secretary Matteo Salvini sounded like a committed Eurosceptic: not only did he attack European fiscal restrictions – especially the Maastricht criteria and the Stability and Growth Pact – and the euro by flirting with the idea of Italy exiting the common currency, but he also took a harsh line on migration, fiercely denouncing the failures of the Dublin regulation.

In the 2019 European elections, for instance, Salvini proudly led the League with a slogan stating “Stop Bankers, Stop Bureaucrats. Stop Do-Gooders, Stop Boats”, while last Spring – with Member States’ governments scarily sitting at a deadlock arguing over appropriate measures to tackle the health crisis – he called the European Union “a den of snakes and jackals”.

These hard-right Eurosceptic stances were suddenly abandoned when the League unexpectedly pledged his full support to the newly-formed government led by Mario Draghi, one of the staunchest advocates of European integration. The surprising shift in tones is even more impressive considering that “The Captain” – how Salvini is playfully nicknamed by his supporters – once accused the former President of the European Central Bank of being “an accomplice” in the “massacre” of the Italian economy.

Salvini probably realized he could use Draghi’s revered status to secure stronger leverage in the EU decision-making process, thus allowing Italy to better defend its interests in Brussels. Presented as a pragmatic choice made in the name of national interest alone, the League’s support for the newly-appointed government is regarded by some observers as a long-term tactical move to shift from the nationalist Eurosceptic far-right towards a more moderate center-right field.

In this perspective, the first hint towards a European shift could be traced back when its MEPs had decided to vote in favor of the European Recovery and Resilience Facility, disappointing sovereignist colleagues of the Identity and Democracy group (ID). This move sharply clashed with the political declaration in ID’s statute that came into force in July 2019, which main tenets were not only the unquestionable opposition to “any further evolution towards a European superstate”, but also the complete rejection of “any attempt to impose a eurozone budget and direct EU taxes”, precisely the ones intended to later fund the recovery plan.

The vote caused opposite reactions among fellow ID members: on the one side, Rassemblement National MEPs abstained and chose to bite the bullet, while on the other hand, Alternative for Germany voted against, further increasing tensions within the party. Following the League’s endorsement for Draghi’s government, Meuthen commented it was “a bad joke”, which Germans “won’t be able to laugh at”.

Nevertheless, expelling the League from ID does not seem to be a feasible option since it would result in losing the largest portion of MEPs within the party, thus becoming less impactful in the voting procedure. Moreover, by showing the League out, ID would be forced to dissolve – by not reaching the minimum numbers required to operate – and therefore would lose access to funds available to national parties joining a group, mostly earmarked to secure an office and afford experts who aid in the law-drafting proceedings.

League MEPs are showing a radical change in direction that is likely to split the sovereignist and Eurosceptic groups from within and thus have significant long-lasting consequences on the European Parliament political landscape. According to the latest reports, the Italian far-right party is planning to enter the “home” of all Europe’s main center-right parties: the European People’s Party (EPP). In other words, the League could be “mature” enough to quit the conservative ID, spend some time in the “purgatory” among the unaffiliated MEPs, and subsequently seek entrance into the EPP.

In this regard, noteworthy is the establishment of political dialogue and ongoing contacts between Marian Wendt, a prominent member of the German CDU, and Giancarlo Giorgetti, League’s second-in-command and symbol of the party’s moderate wing. A month ago, Wendt, in an interview given to La Repubblica, declared: “For the CDU it is important that the League shows its intention to become a true center party, that it stops using the populist and anti-European rhetoric of past years, those particularly heated on the immigration”.

Although a potential “pass of the baton” between the League and anti-European party Fidesz – recently withdrawn from the EPP by its leader Viktor Orbàn – is considered the League’s next step, the transition is far from granted. The leader of the European People Party, Manfred Weber, stated in an interview with La Repubblica: “We’ll judge from the way it will be applied in practice”, implying that the moderate and EU-turn narrative of the League must stand the test of the time.

Is the League’s sudden change of course to a pro-EU path a move for the sake of convenience or the first stage of a political repositioning? No one runs away when money falls from heaven: Italy, being the largest recipient of the EU Recovery Fund, is set to receive – in the form of subsidies and loans – more than 200 billion euros. To have a voice in the matter and therefore obtain a larger slice of the European funds’ pie, Salvini cleverly pointed out that the League needed to be in the room where the decisions were being made.

Undoubtedly, the League had to consider businesses’ intentions, members of Northern Italy’s productive and entrepreneurial world, that represents the essential core of its electorate base. Located throughout Lombardy and Veneto, regions extremely affected by the COVID-19 outbreak, they would have not forgiven Salvini’s refusal to accept European funds, especially during a crippling economic crisis. Nevertheless, the decision to support Draghi’s government turned out to be successful: according to polls conducted by SWG, the League experienced a surge of 0.7% in its poll ratings from the previous week, reaching 24%.

On the other hand, it would not be the first time that the League employed a political repositioning tactic. Although the party had been originally built around the center-periphery cleavage and had developed as a regionalist and secessionist party, when it expanded its boundaries in 2014 by transitioning into a national and nationalistic party, such cleavage did not disappear.

Eurosceptic parties, as argued by Oliver Treib, struggle to defend the “specific cultural, economic and regulatory traditions of the member states against the centralization of authority at the European level”. In this context, the League has proved to be one of the most Europhobe forces by carrying out strong opposition to the EU, rejecting it as a political system, and calling for an exit. However, the anti-system party is currently walking a moderation path, softening its Eurosceptic attitudes by aiming its criticism at European policies, rather than towards the European integration process as a whole, as shown by ID’s leader Marco Zanni comments on voting for the EU recovery fun: “to say the League is anti-Europe because we said that some rules that govern Europe were wrong is absurd. We haven’t changed, it is Europe that came closer to our ideas”.

Being a party that adjusted its narrative to remain relevant and maximize political consensus, it is clear that a repositioning strategy is nothing new for the League. Despite multiple signs that could be pointing towards a moderate and pro-European turn of the League, it is highly unlikely that the far-right party will eventually complete the transition. It is probably a prime example of the League’s mastered flip-flop strategy – dictated by exceptional pandemic-related events – rather than a proper full-scale transition.

After all, League’s MEPs in the European Parliament have yet to overcome the cordon sanitaire established by committed Europhiles to preclude any far-right groups from key institutional positions: although the League is the single political party with the largest number of seats held, it does not fulfill any institutional office, neither presidencies nor vice-presidencies of both the committees and Parliament itself.

Whether other European political groups will consider the League’s pro-European shift to have serious implications will depend on its involvement – or lack thereof – in the redistribution of institutional offices, typically occurring halfway through each legislature: for the 9th European Parliament, it is expected in January 2022.

As things stand, the EPP risks ending up with another “Fidesz case”, considering that, in the history of the League, “circumstances” always had the final say in determining the actions of such an ever-changing party.