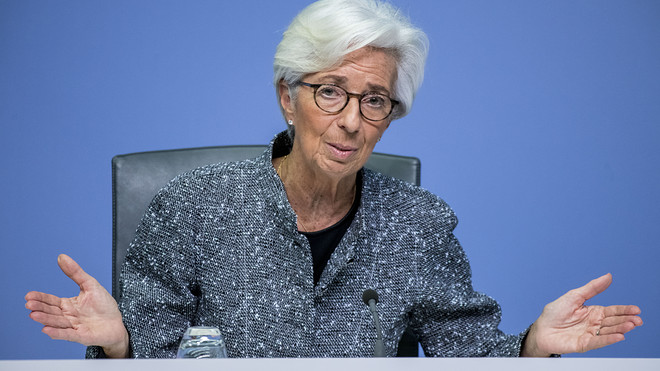 On Thursday, March 12 the European Central Bank delivered a set of policies to address the recent CoVid-19 health emergency that is affecting EU member states, with Italy being particularly under pressure. During the press conference that follows the bulletin detailing monetary policy decisions, ECB President Christin Lagarde answered a question that hinted at the current Italian financial market instability due to lockdown measures, with the statement: “We are not here to close spreads, there are other tools and other actors to deal with these issues”. The phrase inevitably triggered panic on the international financial scenario alongside with cross-party indignation within the Italian political realm. The BTP-BUND spread soared and closed at 270 bps (+46% daily change), FITSE-MIB – the main Italian stock exchange index – registered an all-time low of -16.92%, closing at 14,894.44; even the President of the Republic Sergio Mattarella, who is constitutionally supposed to be apolitical and super-partes, issued a – vague, to be fair – statement calling the EU to support his country and “not to take actions that may obstacle it”[1].

At a first glance, Lagarde’s statement is surely not a brilliant communication move: European financial markets are in turmoil ever since the outbreak of the new coronavirus, and they were even more so in the opening of March 12 because of the announced travel ban imposed on EU countries by POTUS Donald Trump. A vast economic literature points out how most of the work of a central banker is made of good communication, and the power the latter can have on market stability. The empirical case-study in this sense is the famous catchphrase “Within our mandate, we will do whatever it takes to preserve the Euro”, sentenced by former ECB President Mario Draghi in the middle of the sovereign debt crisis that affected EU MSs back in 2011.

The newly elected ECB president herself seems to have reckon the disruptive magnitude of her speech, as for in the immediate aftermath of the press conference she releases an interview to the media network CNBC, claiming that the ECB is “…fully committed to avoid any fragmentation in a difficult moment for the euro area. High spreads due to the coronavirus impair the transmission of monetary policy. We will use the flexibility embedded in the asset purchase programme, including within the public sector purchase programme. The package approved today can be used flexibly to avoid dislocations in bond markets, and we are ready to use the necessary determination and strength.” Crucially, this statement has been added as a footnote to the official transcript of the press conference, setting an unusual precedent for ECB communication praxis[2]. To confirm that, on March 13 Philip Lane – chief economist and Member of the Executive Board of the ECB – writes a post for The ECB Blog detailing the analytical framework underlying the package of monetary policy measures taken by the Eurotower, in which he assures: “We will not tolerate any risks to the smooth transmission of our monetary policy in all jurisdictions of the euro area. We clearly stand ready to do more and adjust all of our instruments, if needed to ensure that the elevated spreads that we see in response to the acceleration of the spreading of the coronavirus do not undermine transmission”.  Right after this powerful declaration, Italian bonds yields started to drop at the opening of the market, with the TSE MIB index that peaked to +17% during the day, also sustained by the announcement of a €37 billion fund set up by the Commission to tackle the health emergency.

As far as the merit of the sentence is concerned, indeed, President Lagarde said nothing technically wrong. According to Art. 282(2) of the TEU, the scope of the central bank is that of maintaining price stability within the Eurozone. Financial market stability is not mentioned, nor it is unemployment – differently from the Fed and other central banks’ statutes. The scope of guaranteeing financial market stability is thus an implicit one for the ECB: the European Court of Justice has confirmed that, within its mandate, the ECB has discretion when calibrating its monetary policy tools, provided that these are necessary and proportionate to achieving the ECB’s objective.

What has somehow passed undercover is the set of measures adopted by the Eurotower that, according to most of the analysts, sets favourable conditions to address the emergency by a monetary perspective; and if so, that holds even more true for Italy. The policy decisions adopted by the Council of the ECB revolves around three tools:

The other side of the story is more of a political nature, given that monetary policy alone does not solve exogenous shock-caused problems and needs a certain degree of coordination with fiscal policy – namely, public spending. Lagarde’s communication “choice” could have turned out being a chicken game move against fiscally conservative Members, overall Germany and Netherlands. With the outbreak of coronavirus having reached also Angela Merkel’s country, the Federal Minister of Finance Olaf Scholz announced in the immediate aftermath of the “Lagarde-gate” that his government is developing a set of measures “to protect jobs and support companies…setting up a protective shield for employees and companies. The goal is to equip business with sufficient liquidity that they will be able to make it through the crisis in good shape”. This sets an unprecedented fiscal discipline breach for Angela Merkel’s coalition government, as Lagarde’s move – willing or not – may have been the decisive push.