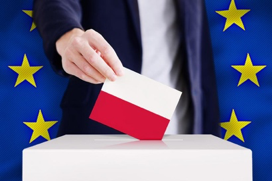 First of all, on September 29th the Austrian People’s Party (ÖVP) led by former Chancellor Sebastian Kurz won a snap legislative election by 37.5%, obtaining 71 seats out of the 183 of the National Council. In the second place the Social Democratic Party of Austria (SPÖ) with 21.2% of the votes, leaving the right-wing populist and eurosceptic Freedom Party of Austria (FPÖ) third with a “disappointing” 16.2%. Worth to be mentioned is also the historical 13.8% obtained by the Austrian Green Party. The young conservative leader Sebastian Kurz has obviously cheered for the victory of its party, knowing that he will be reconfirmed as Chancellor of the Austrian Republic. However, the 71 seats he secured are not enough to reach a majority, forcing him to find a junior party for the formation of the next government.

As a consequence of the May 2019 Ibiza Affair scandal, and the following resignation of Heinz-Christian Strache as leader of the Freedom Party of Austria and Vice-Chancellor, a new coalition between the ÖVP and the FPÖ is not obvious anymore. Sebastian Kurz has now a few other options to consider. The two main alternatives for the victorious Austrian People’s Party are to reach an agreement with either the Social Democratic Party of Austria, forming in such a way a national-unity government with an outstanding majority, or with the Green Party.

Either way, the two main trends we can register from this election are first the capability of Sebastian Kurz to maintain his electoral support, even after the crisis his government went through a few months ago, and second the confirmation that more difficult times are ahead for far-right populists parties offering very simple solutions for much more complex problems. Something that the European citizens are starting to see much more clearly even in countries with strong populist tendencies. As a matter of fact, this latter trend has recently been seen in Italy too, with the formation of a new center-left government following the end of the previous coalition between the right-wing populist Northern League led by Matteo Salvini and the Five Stars Movement.

The second round of elections we referred to, is the Portuguese legislative election of October 6th. Even here the former ruling party, the Socialist Party (PS) led by António Luís Santos da Costa, reconfirmed its dominance by almost 37% of the votes, obtaining 106 out of the 230 seats of the Assembly of the Republic. Even though some pre-electoral pools showed a good chance for the Socialist Party to obtain a majority that could have ruled by itself, it did not happen mainly because of a series of scandals concerning nepotism, abuse of power and denial of justice involving prominent members of the PS. Therefore, Prime Minister Costa will most probably try to form the same coalition of his previous government with the Left Bloc (19 seats) and the Unitary Democratic Coalition (12 seats). He also showed to be open for negotiations with the People-Animals-Nature party and its 4 newly elected members.

What we can conclude from these results, is that Portuguese people decided to renew their trust in a strong-oriented left government that reached impressive results in the last years. These results include economic growth above the EU average, increased public sector wages and pensions, booming exports and tourism, but still being able to stay in line with the fiscal discipline recommended by Brussels’ officials. Portugal seems to remain relatively immune to the populist wave.

On the same day of the Portuguese ones, a parliamentary election has been held in Kosovo too. Despite this latter hasn’t been much in the news spotlight, it certainly deserves greater attention and analysis. The Vetëvendosje party (progressive social nationalists) arrived first in the electoral race winning 25.5% of the votes and securing 31 seats in the Assembly of the Republic of Kosovo. Right after, we find the Democratic League of Kosovo with 24.8% and 30 seats, a party aiming to bring fresh air to old traditional Kosovo politics with a female leader as Prime Minister candidate, the first time in Kosovo electoral history. The former ruling Democratic Party of Kosovo, one of the traditional largest ones, “lost” the elections with 21.2%. Last Sunday’s election was the fourth one since 2008, when Kosovo declared its independence from Serbia becoming the youngest European nation.

Even though the struggle for recognition of this independence has always been the hot topic of electoral debates, and it is still a fundamental issue with only 100 out of 193 UN members holding diplomatic relations with Kosovo and even five EU countries still not recognizing it as sovereign nation, Kosovo citizens expressed their intolerance for systemic corruption and bad-governance practises since now covered up by those distracting themes. Fighting corruption, economic growth, increasing employment and social security have been proved to be the priorities for Kosovar people. However, the struggle between Kosovo and Serbia for the recognition of the former at the UN level remains of primary importance, and just few days after the elections US President Donald Trump hoped for a new course on negotiations between the two Balkan countries.

Concluding with the Polish parliamentary elections that have been held last Sunday, exit pools do not leave any space for surprises. Law and Justice (PiS), the right-wing national conservationist party ruling the country since 2015, already reached an outstanding 46%, with 73% of the votes counted. Civic Coalition, the liberal coalition led by Donald Tusk’s party, probably won’t go above 26% of the votes. The rhetoric of Law and Justice centered on the defense of “traditional national values”, combined with positive economic trends, seems to remain extremely effective to capture Polish citizens’ support. A few hours ago, Poland’s Prime Minister Mateusz Morawiecki, stated that the result was a “huge social mandate” for his party that would continue building a “Polish welfare state for all”.

The Polish case seems then to be an exception to the general trend of populist parties drawing back in most of European countries, something evident again on last Sunday’s Hungarian local elections in which Viktor Orbán’s Fidesz lost Budapest and 11 out of 23 chief towns. But we will have to wait a bit more in order to actually see what the near future of liberal democracies across Europe, and not only here, will look like. 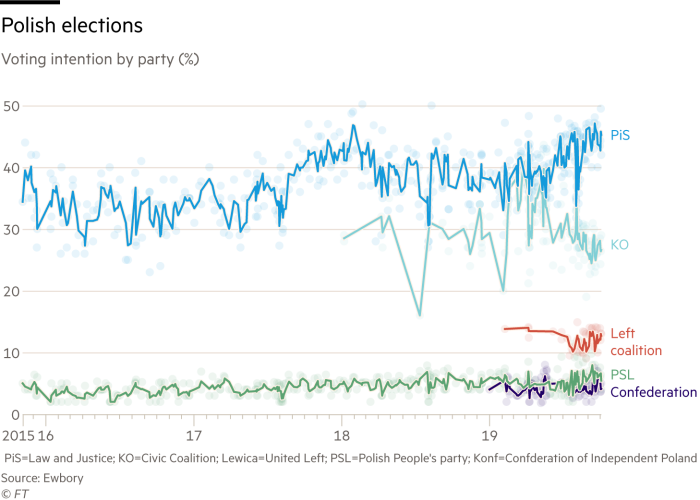