By Valentina Butnaru and Oriane Loquet

Over the past months, following the poisoning and imprisonment scandal of the Russian political opponent Alexei Navalny by the Kremlin, tensions between Russia and the European Union have been escalating. At the center of the discussion arose once again the polarizing issue of the Nord Stream 2 pipeline.

What about Nord Stream?

Nord Stream (1) is an export gas pipeline running from Vyborg, a Russian city, to the coasts of northern Germany (Greifswald). It has the aim to ensure high reliability of Russian gas supplies to Europe. Since the beginning of the 2000s, the European Commission has encouraged the project, defining it as the key for Europe’s sustainable development and energy security, although its construction started in 2010. Later on, due to its success and to its economic and technical affordability, the Nord Stream shareholders decided to build another pipeline, known as Nord Stream 2. In April 2017, Gazprom signed the financing agreements for the Nord Stream 2 gas pipeline project with ENGIE, OMV, Royal Dutch Shell, Uniper, and Wintershall. The following year the pipe laying operations started in the Baltic Sea. This time, the entry point of the Nord Stream 2 gas pipeline into the Baltic Sea is Ust-Luga and the exit point will be in the Greifswald area, close to the exit point of Nord Stream. 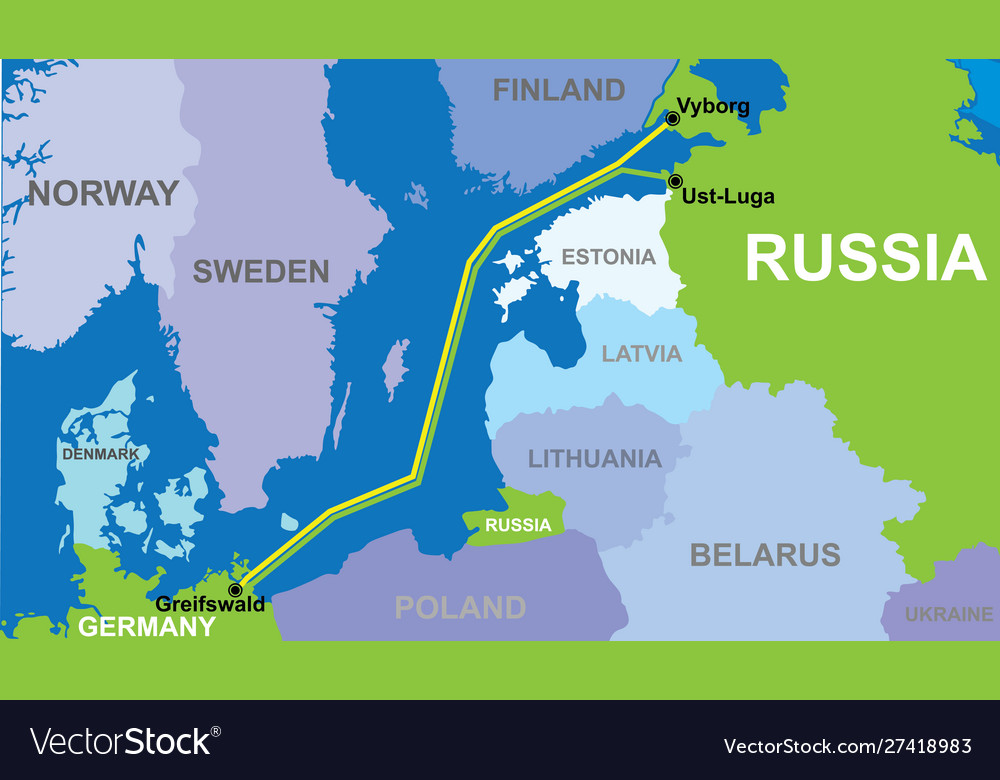 From the very beginningthe now almost finalized project not only acted as leverage in EU-Russian relations but also created a divide between the Member States themselves. Ever since the first discussion on its construction, it has been put in question every time relations with Russia were starting to become tumultuous.

The project divides the European Member States into two categories. On one hand, Germany claims that the project is purely an economic and commercial one that will not affect European energy security. On the other hand, Central and Eastern European Member states such as Poland, Romania, and the Baltic states denounce the new pipeline as a way to isolate Eastern Europe and especially Ukraine by cutting gas transit in the region. As a matter of fact, the Nord Stream 2 would lead to a great loss in transit fees in Ukraine and also undermine Poland’s aspirations to become a significant player in the supply of natural gas. For some the Russian strategy behind this construction is even directly targeted at circumventing Ukraine and punishing the country. Despite Ukraine not being a Member State, the EU should prevent it from feeling abandoned and keep it within its sphere of influence. To do so an agreement was decided to continue the transit of natural gas through Ukraine, but the quantities will be inevitably reduced. In addition to the division between the countries benefiting and those at a disadvantage due to this pipeline, the project also highlights the question of European energy security. With the new pipeline, the already high European Union dependency on Russian gas will increase even more. Energy security is based on the arrangement of a clever energy mix, diversification of suppliers and energy sources and also reliability of said suppliers. The concern here is that this variety, necessary to guarantee European security would be impeded. The project is for that matter not supported by the European Commission, unlike the first Nord Stream project.

What do Navalny and Gazprom have in common?

For months, news around the world has been reporting about the treatment that the Kremlin has reserved for its most fierce opponent, Alexei Navalny.  The 44-year-old anti-corruption campaigner has millions of Russian followers on social media, mostly young people. His poisoning, dating back to August 2020 and especially his arrest and imprisonment on last 17 January, triggered mass protests across Russia and also sanctions from Brussels and Washington.

It is well known that the EU already imposed economic sanctions on Russia over its annexation of Crimea from Ukraine in 2014 but the Navalny case has undoubtedly tightened its position towards Moscow. In addition, pressure for sanctions has grown since Moscow infuriated European countries on February 5 by expelling German, Polish and Swedish diplomats without telling the EU’s foreign policy chief, who was in Moscow for a visit.

On the one hand, Members of the European Parliament immediately took a stand against the detention of the Russian activist. In fact, in a resolution, adopted with 581 votes in favour, 50 against and 44 abstentions, Parliament calls on EU Member States to take an active stance on the arrest of Alexei Navalny.  “Germany must abandon Nord Stream 2’’ is the other strong message coming from a group of six MEPs from the European People’s Party (EPP). Among the sanctions, Nord Stream 2 should be at the top of the list in response to the Kremlin’s violation of human rights and personal freedoms. They also called Germany to abandon the project, which is undermining Europe’s economic and environmental interests, as well as its security and political integrity. However, the words of Armin Laschet who won the elections for the leadership of the Christian Democrats (CDU) of Chancellor Angela Merkel are clear. Germany should not drop support for the Nord Stream 2 gas pipeline as “feel-good moralising“ is not foreign policy. Although the German Green Party, the most likely partners for a coalition with the CDU in the September elections, expressed their opposition after the Navalny affair. As a matter of fact, the Green Party promised in their election program to stop the construction of the pipeline.

On the other hand, EU ministers agree to human rights sanctions on Russian officials over Alexei Navalny’s jailing. On March 2, the Council decided to impose restrictive measures on four Russian individuals responsible for serious human rights violations, including arbitrary arrests and detentions, as well as widespread and systematic repression of freedom of peaceful assembly and of association, and freedom of opinion and expression in Russia. “There is a shared assessment in the Council that Russia is drifting towards an authoritarian state and driving away from Europe.” […] “The ministers unanimously interpreted Russia’s recent actions and responses as a clear signal of not being interested in cooperation with the European Union, quite the contrary, [it] looks interested in confrontation and disengagement from the European Union.” said in an interview, Josep Borrell, EU’s foreign policy.

The pipeline construction was also a concern for the United States’ energy activities in Europe. They have been extremely opposed to the construction from the beginning and did not hesitate to impose sanctions on the companies and countries partaking in the project. The newly elected American President, just as his predecessor, is firmly against this project and has made this publicly very clear. The Biden Administration has been deciding on new sanctions to stop the construction of the final kilometers of the pipeline, a ‘Russian geopolitical project intended to divide Europe and weaken European energy security’ (statement by Anthony Blinken, US Secretary of State, March, 18 2021). These sanctions have been vividly criticized by the Germans and this more and more offensive stance will not help soothe US-German relations any time soon. Hence this project risks also draining relations between the US and the EU. On the other hand, some European governments such as France affirm that they will not interfere with the German decision on Nord Stream 2, even after the arrest of Navalny in Russia.

In the end, this project also highlights the limits of the competences of the European Union, despite the European Commission being against it, sanctions being voted and Member States disagreement, the decision remains in the hands of Germany. And for now, Germany is determined to go forward with the construction of the pipeline. This determination might be revised if the CDU needs the Green Party’s support in a coalition to govern.

Thus, in the light of the Navalny imprisonment, German domestic politics and sanctions adopted by European institutions themselves, the political dimension of the project can no longer be ignored.