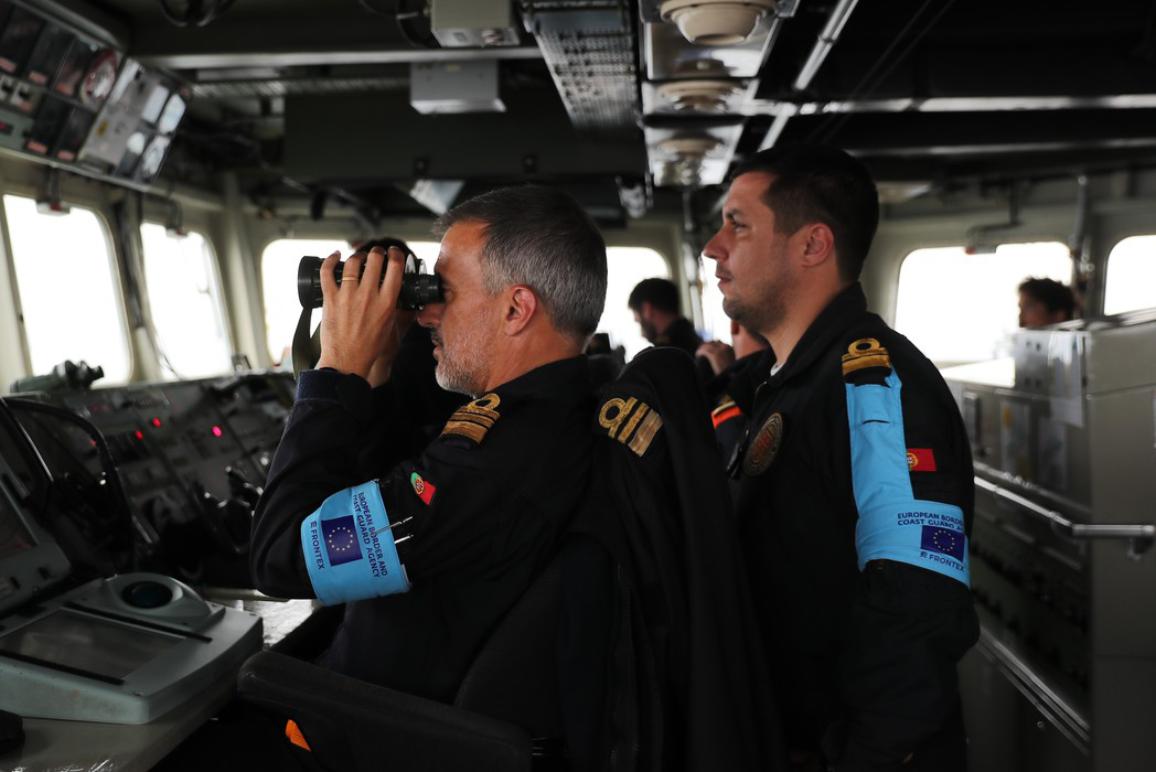 By Alessandro Ottaviani and Stefano Pellegrino

The European Border and Coast Guard Agency, most commonly known as Frontex, has made the headlines again. A European watchdog is currently investigating the alleged misconduct of higher figures at the Agency regarding illegal pushbacks of migrants. Even though it is a bit known-agency amongst the common European citizen, Frontex is increasingly expanding its coffers and, potentially, becoming the first-ever armed European law enforcement corps. However, what exactly is Frontex, and why is it at the center of so many controversies?

Not a new idea at all

The European Border and Coast Guard Agency was created in 2004, though the idea of establishing a common army is not new at all. In fact, in the aftermath of World War II, bald ideas had already emerged (such as the European Defense Community or EDC), which France later rejected and died as a signed treaty. We could also mention the Western European Union (WEU), a rather misleading name for an international military cooperation organization, which is now defunct and with its tasks transferred to the European Union proper. Given the presence of the much more prominent and influential NATO, the existence of the WEU was considered moot.
Nowadays, the EU’s military functions are represented in the Common Security and Defense Policy (CSDP), which is part of the EU’s Common Foreign and Security Policy (CFSP) and led by High Representative Josep Borrell, current EU foreign policy head.

Brand-new security made in Europe

Frontex’s history began after a wave of illegal migration to the Canary Islands. With a budget of fewer than 100 million euros per year, its main tasks were merely to assist Member States’ border police corps in curbing illegal migration and protecting the fundamental rights of potential asylum seekers. It did so by establishing missions in the specific Member States with higher levels of illegal migration while directing all actions from its headquarters in Warsaw (the fancy Spire building.) However, apart from administrative personnel, its agents were only national secondments, i.e., border guards of National corps “borrowed” for a short period.

The nature of Frontex has been increasingly changing for at least five years. Two events changed our politicians’ priorities: the so-called refugee crisis of 2015 and Donald Trump’s election as US President. Before Joe Biden ascended to the Presidency, the United States government had changed foreign policy towards renowned isolationism, coupled with an outright disinterest in European security. In a famous speech made by the former President during a 2018 NATO summit in Brussels, Donald Trump stated the following: “I don’t care about Europe. I’m not elected by Europeans; I’m elected by Americans, and by American taxpayers, frankly.”

Regardless of such speech, the above-mentioned new isolationism of the US government prompted Angela Merkel to imagine a future for Europe with these words: “We Europeans truly have to take our fate into our own hands.”

The German chancellor has also publicly advocated for creating a common army, but this idea was, and still is, firmly opposed by the Eastern bloc of the European Union. Nevertheless, the migratory crisis of 2015 was responsible for an increasingly fearful public opinion regarding the EU’s external border. Politicians, therefore, fuelled taxpayers’ money to Frontex’s coffers: its budget grew to €322 million in 2020. Moreover, Frontex is destined to receive a whopping €5.6 billion in the upcoming EU’s seven-year budget, covering the 2022-2029 period. Such sum, however, is not even comparable with the budget spent by the totality of the Member States on border and coast patrol.

With its financial capabilities increased, the Agency was also allowed to recruit personnel firsthand and, last but not least, buy equipment directly from private companies through contracts. Thus, an advanced surveillance system named EUROSUR is run directly from Warsaw, merging data from drones, ships, and the EU’s constellation of satellites, now orbiting around the Earth. The new equipment will soon arrive as part of a €100million-worth series of contracts stipulated with notorious aerospace sector companies, notably Airbus.

An army under construction?

It is clear that Frontex’s capabilities are now more vital than ever, and it is no surprise that, in a tweet, the Agency celebrated a relatively minor achievement at first glance: the new Standing Corps uniform. What is groundbreaking about this is that as simple as those uniforms look, they only show one flag: that of the European Union, with no other ensigns whatsoever. The Standing Corps will be composed of around 10,000 border patrols with EU-wide jurisdiction and armed.

For the first time, the European Union has its own uniformed service – the European Border and Coast Guard standing corps. And here’s a sneak peak of the uniform they will be wearing to represent the 🇪🇺 at its borders #StandingCorps pic.twitter.com/3bZrsy16t7

Whether Frontex’s Standing Corps is a first attempt at making a Common Army is unknown. However, one thing is sure: concerning Europol, which retains its administrative functions with no policing ones, Frontex is poised to become the first EU-wide armed corps. Though the legal reasoning of carrying weapons has not yet been given (and an intense battle towards such achievement is underway in Brussels), the country of Poland has allowed Frontex agents to bear arms on-site. At the same time, Athens recently reached an agreement with Warsaw, allowing its agents to carry weapons on Greek territory.

While the Standing Corps is in its infancy, its mother, Frontex is far from being free of controversies. As previously mentioned, a European watchdog is currently investigating Frontex’s executive director, Fabrice Leggeri. He is accused of having allegedly turned migrants away and organized a “chaotic recruitment” of potential Standing Corps agents, “abandoning” recruits in Poland during the Covid outbreak. The allegations of human rights violations have even caused the EU Parliament to postpone the approval of Frontex’s budget, causing it to risk its €5.6bn budget.

All in all, Frontex is a new challenge for the EU. For the first time, the Union has a chance to prove its power, and its efficiency on a matter considered relevant by all Member States. Suppose the experiment can achieve good results. In that case, it might be possible that we will see an increase of EU competencies in a matter considered so sensible by National governments soon.